THE CIRCLE, FEATURING SAMMY HAGAR, MICHAEL ANTHONY, JASON BONHAM AND VIC JOHNSON, TO RELEASE A LIVE ALBUM ON MAY 19TH 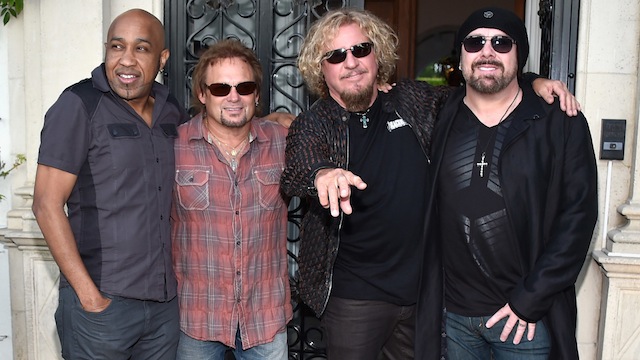 The Circle, a new supergroup featuring singer Sammy Hagar, bassist/vocalist Michael Anthony along with drummer Jason Bonham and guitarist Vic Johnson, have confirmed the release of a live album called At Your Service.

It will be available on May 19th in physical and digital formats, after being recorded during a concert last year.

The live recording features a selection of tracks from all three musicians’ careers. Those who preorder the album on iTunes will receive an instant download of Poundcake

Hagar last year talked up the benefits of being part of a live-only band, saying: “The Circle is so satisfying that I don’t even see a reason to make a record. We have so many great hits that we can choose from our catalog – to make a record would just be kind of a waste of time.”

He hasn’t given up on making a third album with Chickenfoot, featuring Joe Satriani and Chad Smith alongside himself and Anthony. But he recently said, “It’s just too much work right now. Everybody’s got so much to do.”