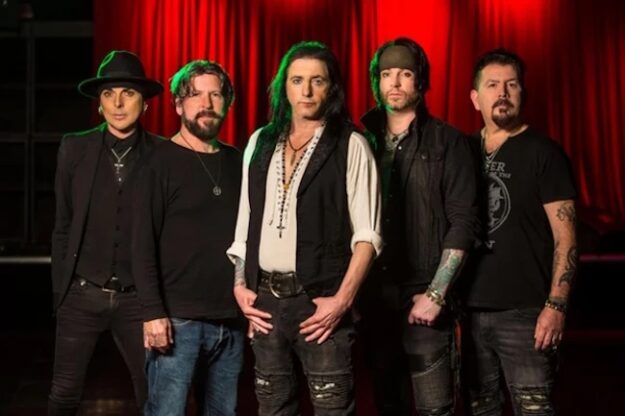 L.A. GUNS, featuring singer Phil Lewis and guitarist Tracii Guns, has released a new song called You Betray. The song, which can be streamed below, is taken from the band’s upcoming studio album, Black Diamonds, which will arrive on April 14th. This will be the fourth studio album since the much-welcome reunion of the band’s core foundation of Lewis and Guns. It will follow the well-received studio albums The Missing Peace, The Devil You Know and Checkered Past, plus the live release Made In Milan, and a covers EP Another Xmas In Hell. 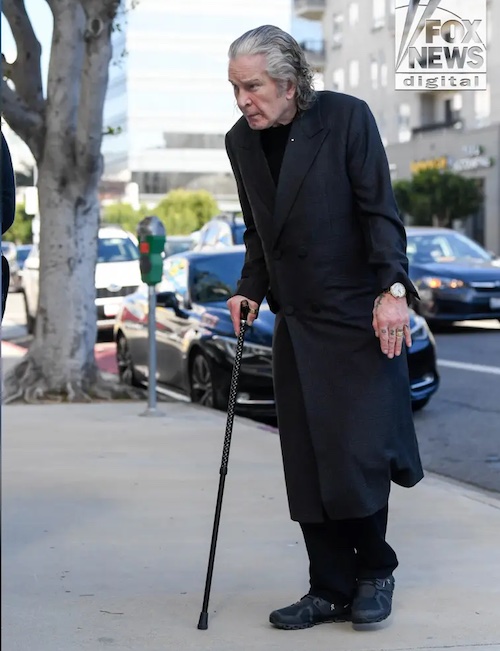 Ozzy Osbourne was photographed walking with a cane, in his first outing since canceling his European tour dates and discussing, not having to travel far and wide, to perform.

In images captured by Fox News, the Black Sabbath frontman, 74, relied on the help of the stick as he walked from a parked vehicle to the entrance of a medical center in Los Angeles Wednesday.

He appeared to be in good spirits despite pulling the plug on all of his upcoming shows in the UK and Europe just hours before stepping out.

Although Osbourne stated his physical issues were limiting his ability to tour, he stated, his “singing voice is fine.”

The Rock and Roll Hall of Famer was discharged from a Los Angeles hospital last June after undergoing what his wife Sharon Osbourne, 70, described as “a major operation” that would “determine the rest of his life.”

The surgery involved removing and realigning pins in his neck and back.

Along with Parkinson’s and a battle with COVID-19, the musician has also been dealing with the aftermath of a 2003 quad-biking accident.

BASSIST RUDY SARZO ON THE NEW QUIET RIOT TRACK “I CAN’T HOLD ON,” “I THINK IT’S ONE OF THE BEST THINGS QUIET RIOT HAS EVER DONE” 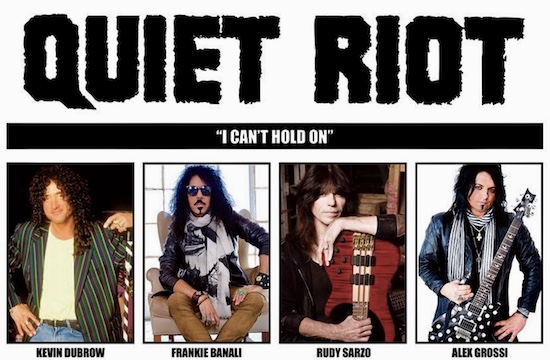 The track features late vocalist Kevin DuBrow and drummer Frankie Banali along with guitarist Alex Grossi and bassist Rudy Sarzo. I Can’t Hold On was written by DuBrow and Grossi in 2003.

When asked about what his reaction was upon hearing the final track he responded “I think it’s one of the best things Quiet Riot has ever done.”

Listen to Sarzo’s  entire interview here, and to read more details about Rehab: Relapsed & Remastered, and to see the video for, I Can’t Hold On, please go here.

Quiet Riot is currently finalizing the initial dates for the it’s 40 Years Of Metal Health Tour-1983/2023. 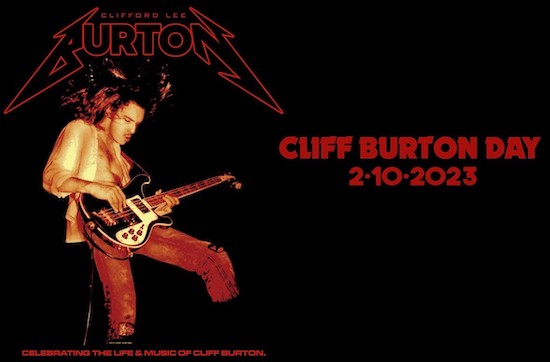 This year is the 6th annual Cliff Burton Day, as officially declared by Cliff’s home town of Castro Valley and the greater Alameda County.

Continuing with tradition, host Nicholas Gomez will speak with Cliff’s family and friends, about their personal memories and cherished time with Cliff.

These stories will bring you back to the influential early days, with an in-depth look into the life, the times, and the location of an unknowing musical phenomenon.

Interviews include; Connie Burton, Lou Martin, Flemming Rasmussen of Sweet Silence Studios, Mike Overton of Trauma, John Gallagher of Raven, Deen Dell of Vio-Lence, Brian Lew and Harald Oimoen from the movie/ book Murder in the Front Row, Photographer Gene Ambo, Castro Valley home town friends Joe Cabral, Judd of Judd’s Barn, and Tony Martin. Their stories and memories of Cliff are not to be missed and are too in depth to be shared in just one broadcast. Check back in at youtube.com/gomezgrip each Friday in February for the full length interview from each of our guests.

Come hang out with us while we share never before heard Cliff stories. 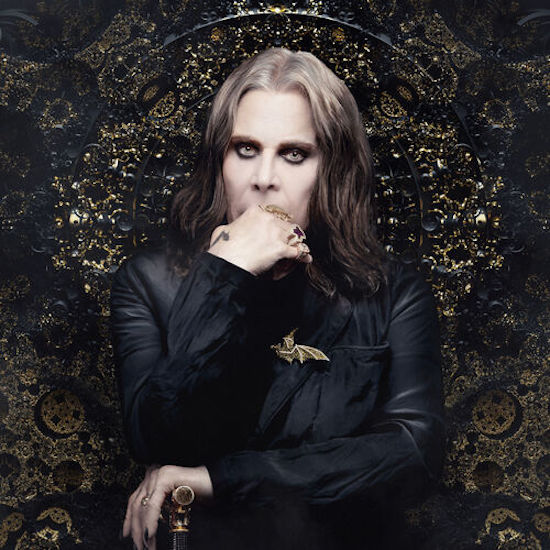 The following is statement from Ozzy Osbourne:

“This is probably one of the hardest things I’ve ever had to share with my loyal fans. As you may all know, four years ago, this month, I had a major accident, where I damaged my spine.

My one and only purpose during this time has been to get back on stage. My singing voice is fine. However, after three operations, stem cell treatments, endless physical therapy sessions, and most recently groundbreaking Cybernics (HAL) Treatment, my body is still physically weak.

I am honestly humbled by the way you’ve all patiently held onto your tickets for all this time, but in all good conscience, I have now come to the realization that I’m not physically capable of doing my upcoming European/UK tour dates, as I know I couldn’t deal with the travel required. Believe me when I say that the thought of disappointing my fans really F-CKS ME UP, more than you will ever know.

Never would I have imagined that my touring days would have ended this way. My team is currently coming up with ideas for where I will be able to perform without having to travel from city to city and country to country.

I want to thank my family……my band…….my crew……my longtime friends, Judas Priest, and of course, my fans for their endless dedication, loyalty, and support, and for giving me the life that I never ever dreamed I would have.

Ticket refunds are available at point of purchase.

Osbourne initially postponed his entire 2019 schedule as he recovered from surgery to repair an injury sustained while dealing with a bout of pneumonia. The tour was postponed a second time after he continued to deal with health issues following a fall in his Los Angeles home. That fall “aggravated years-old injuries” from an ATV accident that occurred in 2003. The tour was pushed back a third time in October 2020 due to the coronavirus pandemic.

Three years ago, the singer revealed that he had been diagnosed with Parkinson’s disease.

“It’s PRKN 2,” said his wife, Sharon [Osbourne] recounted in an exclusive interview with Robin Roberts for Good Morning America. “There’s so many different types of Parkinson’s; it’s not a death sentence by any stretch of the imagination, but it does affect certain nerves in your body. And it’s — it’s like you have a good day, a good day, and then a really bad day…”

… [Ozzy added], “I’m no good with secrets. I cannot walk around with it anymore ’cause it’s like I’m running out of excuses, you know?” 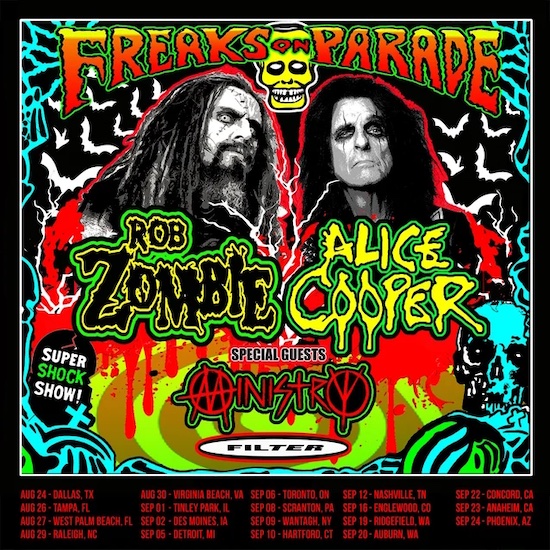 Rob Zombie and Alice Cooper have announced the 2023 Freaks On Parade tour. Following a very successful run last summer, Zombie is at it again. This year he joins forces with the “godfather of Shock Rock” Cooper who promises to bring his signature style of macabre rock on tour. Rounding out the lineup are industrial pioneers Ministry and eclectic alternative rock act Filter.

Produced by Live Nation, the 19-city run begins August 24th in Dallas at Dos Equis Pavilion, with stops across North America in Virginia Beach, Toronto, Nashville, Anaheim and more before wrapping up on on September 24th in Phoenix at Talking Stick Resort Amphitheatre.