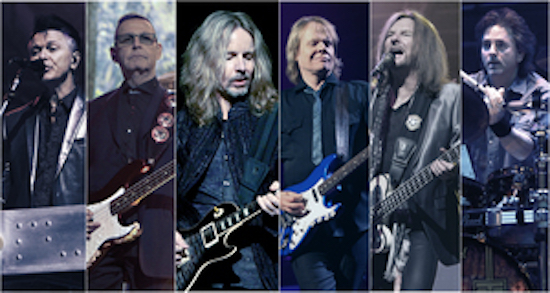 During these crazy and surreal times, music is the grand healer. While bands can’t be on tour right now bringing music to their fans directly, Styx singer/guitarist Tommy Shaw recognizes the continuing vital and soothing need for new music by releasing a previously unreleased acoustic version of the Led Zeppelin classic, Going to California via Styx’s label, Alpha Dog 2T, Inc. It will be available for streaming only on all digital platforms, including Spotify, starting today.

While it was recorded many years ago, Shaw thought it was the perfect time to pull it out of the vault for fans to enjoy.

“After touring behind two Shaw-Blades albums, we discussed a second album of covers and actually recorded a few more, but we never officially set a project into motion. Styx would soon get back together and hit the road with the Return to Paradise tour. Will Evankovich and I decided to cut Going to California and did it at my home studio in the Hollywood Hills.

We recently gave it a listen and when Styx manager Charlie Brusco suggested we release it now to help fill the musical void that the lockdown had created, it suddenly had a new purpose. We had it mastered here in Nashville and created some artwork and got it placed on all the streaming platforms. Robert Plant’s original vocal is stellar, but I tried to make it my own while honoring its essence. I hope you enjoy it!

DEATH ANGEL DRUMMER RECOUNTS NEAR DEATH EXPERIENCE AND SAYS, “I DON’T THINK SATAN’S QUITE AS COOL AS I USED TO” ›