Ruben Mosqueda of Metal Titans spoke with Geoff Tate about his band Operation: Mindcrime’s second album, Resurrection, due September 23rd. Portions of the interview appear below.

MetalTitans: You have a new album ‘Resurrection’ which is the second installment of the trilogy. ‘The Key’ left ended with a cliffhanger.

Geoff Tate: Yeah, it continues the storyline on this record you see the lead character regrouping and gathering all his energy after being left for dead. He’s at a crossroads where he can either give in to the people who took advantage of him or get back on his horse and ride. That’s essentially what Resurrection is about. It’s an interesting record as there are a number of musical variances. There a number of musical trips on this one which I found challenging.

MetalTitans: I know this is jumping ahead but what’s the status of the third album? When we last spoke the plan was to issue that one next fall.

Geoff Tate: Yeah, that’s got a ways till it’s release but that just needs to mixed then mastered.

MetalTitans: Geoff is time the enemy in the sense; if you come up with another idea that you think will fit within the storyline? Has that taken place?

Geoff Tate: [Laughs] Well, if I came up with another idea I would simply start on another record.

MetalTitans: Wait, so you’re telling me you already have ‘songs’ that are ready for a standalone record?

Geoff Tate: [Laughs] Ruben, I’m constantly working on a record! [laughs] If you can believe this I have a record that I started, actually there are two other records that I will release in the next 5 years. I haven’t decided if those records will be solo albums or if they will be Operation: Mindcrime albums…it’s the Geoff Tate ‘five year plan!’ [laughs]

MetalTitans: You ever listen to your own music?

Geoff Tate: As far as recreational purposes? No, I don’t listen to my own music. It’s what I do. I have music in my head all the time. That also applies to music in general; the only time that I listen to music is when I’m travelling. When I was riding out to Sturgis, I listened to some music. I took a bunch of my favorite albums, which I hadn’t heard in over 20 years. I added them to my playlist and just hit go.

MetalTitans: So let’s say you’re driving in your car listening to the radio either satellite or terrestrial and one of your songs comes on. What do you do? 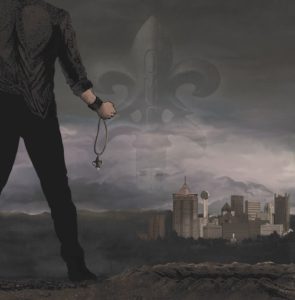