METALLICA RELEASE VIDEO FOR “DREAM NO MORE,” BAND WILL SLOWLY RELEASE VIDEOS FOR EVERY SONG FROM “HARDWIRED…TO SELF-DESTRUCT” 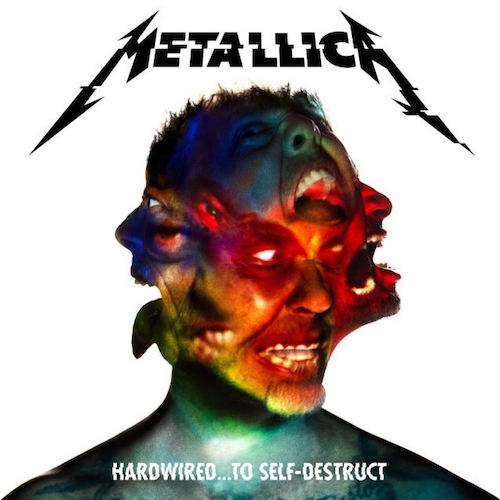 Metallica have confirmed they will drip-feed videos for every song on new album Hardwired… To Self-Destruct between today and tomorrow.

They previously unveiled promos for the songs Hardwired, Moth Into Flame and Atlas, Rise!

and in the last hour have released a new promo for the song Dream No More. Watch it below.

Further videos for Confusion, ManUNkind, Now That We’re Dead, Here Comes Revenge, Am I Savage, Halo On Fire, Murder One and Spit Out The Bone will follow in the coming hours.

And a bonus clip for non-album track Lords Of Summer will complete the collection.

Metallica say, “New songs and their videos will premiere right up to when the clock turns over at midnight in New Zealand, where the first official copy of the new album will be available worldwide.

The videos – shot around the globe – will give fans the opportunity to hear the long awaited Metallica album two days ahead of its official November 18th release via Blackened Recordings.”

Hardwired… To Self-Destruct is the band’s 10th album and will be launched with an intimate show in London that’s to be streamed live across the world.

Metallica Hardwired… To Self Destruct tracklist:

Confusion
ManUNkind
Here Comes Revenge
Am I Savage?
Murder One
Spit Out the Bone

‹ EDDIE TRUNK ASKS FOO FIGHTERS DRUMMER TAYLOR HAWKINS IF HE WOULD EVER CONSIDER DRUMMING FOR RUSH AFTER NEIL PEART RETIRES, HIS RESPONSE: “YOU KNOW HOW MANY F-KING DORKS WOULD WANNA KICK MY ASS?”