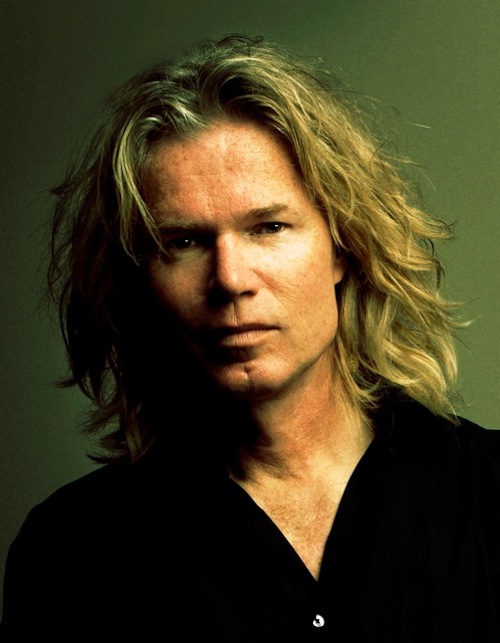 Ruben Mosqueda of Sleaze Roxx spoke with guitarist Adrian Vandenberg about Vandenberg 2020 and other topics. Highlights from the interview appear below.

Sleaze Roxx: The music on 2020 — was there anything on here that was from the ‘Vandenberg Vault’ or is this all fresh new stuff?

Adrian Vandenberg: [Laughs] Good question! It’s all fresh new stuff! I wanted to be inspired by whoever I got as a singer. That what I have always done whether it’s MoonKings or David Coverdale, I get inspiration from who the singer is. Ronnie [Romero] was very inspiring, as you can hear, he doesn’t have any limitations. He can sing anything. He can do melodic and bluesy stuff. I could tailor the songs to the vocal melodies.

Sleaze Roxx: You did recut the Vandenberg classic Burning Heart which was the hit for Vandenberg in the United States. Was that your way of connecting the past with the present? What was the idea behind that?

Adrian Vandenberg: That was our hit worldwide actually. Your suggestion was right. About five-six months ago, possibly a little longer, the label wanted to put out a press release announcing the new line-up. My manager said “Well, a press release is just a press release. Everyone and their grandma does that.” He suggested that it would be best if there was some music attached with it. Well, at that point, we hadn’t recorded the album yet. I remembered that with the rhythm section of Vandenberg’s MoonKings, we had recorded the basic tracks to “Burning Heart.” We had done that in case we needed a bonus track. I realized that I just needed to get to Madrid and add Ronnie to it. So we could have music for the press release. I initially didn’t have any intention to put it on the album. When we were done with the album, the label asked why we weren’t including that on the record. I was opposed because I didn’t want it to be a nostalgic thing. The idea was to move forward with new music. I listened to the song objectively and like you said, it was a nice symbolic bridge that merged Vandenberg 1982 and Vandenberg 2020. I felt that it didn’t feel “dusty” and it fit well in with the new material, so we put it on the record.

Sleaze Roxx: You [previously] mentioned your desire to play in the United States. Would you be open to doing a package tour to hit bigger markets in the U.S.? Whitesnake with Vandenberg being the middle band on the bill would be wonderful.

Adrian Vandenberg: Oh yeah, that would be great wouldn’t it? I like the idea of doing a package. I know that is a popular thing in the States. It’s a lot of fun for fans to see a lot of bands from the same era and I hear that a lot of teenagers are getting into that music. I hear that this kind of rock music is making a comeback. In the ’90s, “grunge” would make you depressed and rock and roll like this is uplifting. It makes people cheer, jump up and down and it even makes girls flash their boobs [laughs]! In Europe, there are festivals catering to this kind of rock which is great. It has a resurgence.

Sleaze Roxx: You mentioned Whitesnake. We know your history with that band. You’re still close with David and he’s about to release a new Whitesnake compilation at the end of this week titled The Rock Album. You just can’t get away from your connection to Whitesnake. In fact, you’re featured on the album and there’s an unreleased song that you played on on this collection.

Adrian Vandenberg: Yeah I’m on that. The song you’re referring to is Always The Same. What a great time that was in Whitesnake with David, Tommy Adldrige and Rudy Sarzo, Steve Vai and everyone that was in that band. It was amazing to be a part of. Every time I would wake up in whatever city we were performing that night, I would think this is amazing. No one can take this amazing experience away from me. I knew it would end at some point, but I was part of that and those memories will live forever. I look back at that time with a big smile on my face, because it was just so much fun. I’m very proud of having been with Whitesnake for 13 years. I was a big Coverdale fan having discovered him during his time in Deep Purple and then followed his career with Whitesnake. I love David’s bluesy, soulful vocals both in and out of Deep Purple. His work on the Burn record with Glenn Hughes is just incredible. I cherish that time to this day.

Sleaze Roxx: What was your favorite song to perform on stage?

Adrian Vandenberg: Oh, there are so many. You can’t do this to me [laughs]! There’re so many songs that have such chemistry and energy when we perform them. One is Still of The Night, another is Slide It In, Love Ain’t No Stranger, obviously Here I Go Again. That always set the place on fire. Let’s see…Crying In The Rain, Bad Boys, there so many [laughs]! I wrote the song Light Up The Sky as a tribute to the vibe that we were in with Whitesnake. Ronnie did a great job on that and it has a definite Whitesnake vibe to it. It makes sense. David used to say there was a very good reason why he asked me to join Whitesnake. That was because of my songwriting. We had similar influences and our writing styles were similar, so when we started writing together, it jelled very well.

Adrian Vandenberg: [Laughs] Well, you’re right. [Laughs] I’m not too secretive about things. Both Ronnie and I have our connection to Rainbow and Whitesnake, so you could say that we are now both part of the [Deep] Purple family tree. We talked about it right from the beginning where we thought that it would be great to include a couple of Whitesnake and Rainbow songs in the set. I think we could do most of the new album and if we have room, we can add some classic Vandenberg songs and do some Whitesnake and some Rainbow.

To stream some songs from Vandenberg 2020, click on the highlighted titles: