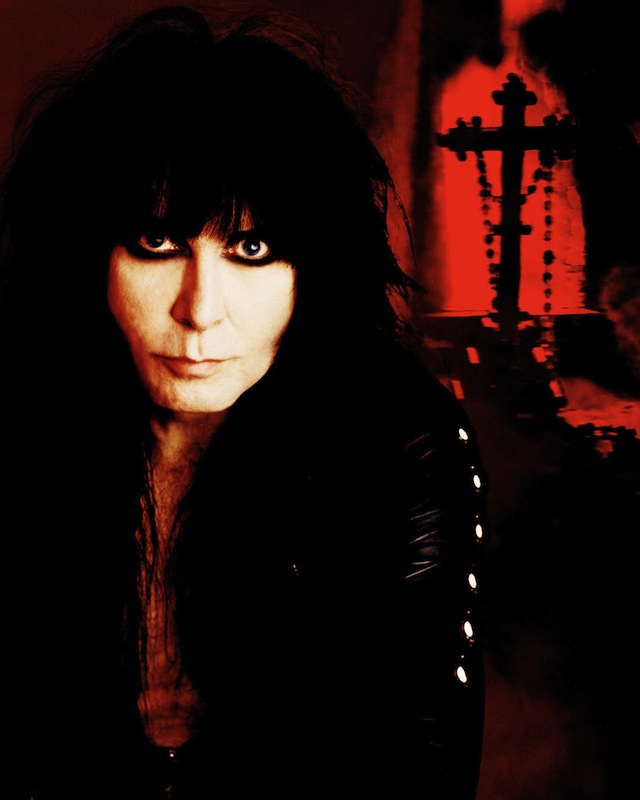 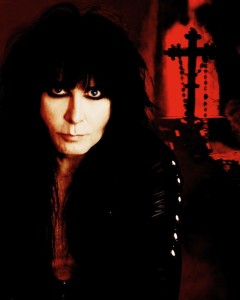 CR: You’re the guy in W.A.S.P. You’re also a born again Christian. Is there an inherent conflict in this?

Blackie Lawless: That’s true, but if people really listen to the new album, they might walk away with a different perspective on that.

CR: What is the meaning of the album’s title?

BL: Golgotha is from Hebrew. It means the place of the skull. It’s the name for the hill where Christ was crucified. That actual hill still exists and it looks like a human skull.

CR: What is the message you’re trying to convey in this album?

BL: There is not one message. I just want to make people think. It’s what I’ve tried to do for the past twenty-five years – to get people to think. If you go back to [1989 W.A.S.P. album] The Headless Children, the opening line says, “Father, come save us from this madness we’re under/God of creation, are we blind?” Even then, I was talking about this stuff, although not necessarily conscious of it.

CR: How would you describe this change in your life – is it a conversion or a return to Christianity?

BL: Interesting question – one I’ve been asking myself for the last ten years. There will be times when it feels like a new conversion, but then I’ll think back to my teens and think, no, this is an extension. From a Biblical perspective, if we look at stories like the prodigal son, we see a tremendous falling away, and yet someone who was able to return. If that’s the case, then I certainly fit that description.

CR: Was there a defining moment in this?

BL: Not really. It wasn’t like anything bad happened. It’s been a slow gradual process. It didn’t happen overnight.

CR: What happened in your teens?

BL: When I left the church I was eighteen. I left because I became disenfranchised with the concept of religion. What I discovered later was that religion was a concoction of man’s imagination. And the institutionalised thinking that goes along with it, I didn’t want any part of that, so I left the church and came to California and went as far away from that as you could possibly go. I went around for the next twenty years bumping into walls thinking I was mad at God.

CR: And then what?

BL: One day I woke up and realized I’m not mad at God, I’m mad at Man for the institutionalised thinking they put me through. And when I started coming back to my faith, I realized there was nobody on this planet more anti-religious than Jesus Christ himself. When you look at what he said to the religious rulers of his day, he railed on those guys.

CR: [Back in the early days of the band, you had] a real wildman of rock in the band – guitarist and Chewbacca lookalike Chris Holmes. Were you close, or were you just two guys in a band together?

BL: Before W.A.S.P. we had a band called Sister, and we were closer then. But when we signed to EMI, we had Rod Smallwood (Iron Maiden manager) on board. It was like, ‘Hey, this is now a business. You gotta tighten up.’ Chris and I were angry guys, but he was venting his anger in a different way to mine.

CR: He was a self-confessed alcoholic.

BL: Yes. That created a lot of separation between us.

CR: The problem that Chris had was revealed in the 1988 documentary The Decline Of Western Civilization part II: The Metal Years. It is the most famous scene in that movie: Chris sitting on an inflatable chair in his swimming pool, with his elderly mom watching on as he downs a bottle of vodka in one…

BL: I gotta tell you the whole story for it to really make sense (laughs). Penelope Spheeris, the director, was a friend of mine, and she devised this plan to have a face-to-face debate between me and Tipper Gore (co-founder of censorship lobby the PMRC – Parents Music Resource Center). This was going to be the centerpiece of the whole film. But then her husband (Senator Al Gore) decides he’s running for President, so on the day before we were going to film the debate, Tipper Gore pulls out. Penelope calls me in a panic. ‘Have you got another idea?’ I said, ‘No – that was gonna be the absolute firecracker.’ So a couple of says later she calls again and says, ‘Would you mind if I interview Chris?’ I talked about it with Rod Smallwood. He asked me what I thought. And the famous line of all time came out. I said, ‘How bad can it be?’

CR: And when you saw the movie, how did you react?

BL: I got a cut of the film and I flipped. I got on the phone to Penelope immediately. ‘You gotta take this out! The whole thing!’ And she says, ‘I can’t – the prints have already gone out to the theaters.’ So that was that.

BL: I really don’t know a lot about what he’s doing. I heard he made a record, but that’s about all.

CR: What’s next for you and the band?

BL: See previous answer. I’m taking it day by day. Literally, as the spirit moves me, that’s where I’m going.

CR: And is it a happy ending for Blackie Lawless?

BL: Well, so far, yeah, it is. I think about the old Sinatra song My Way: “Regrets, I’ve had a few, but then again, too few to mention.” So as far as that goes, I think I’m right where I need to be. I’m in a really good place.

Golgotha was released on October 2nd. Click on the highlighted titles to watch lyric videos for Scream and Golgotha.

‹ FORMER FRONTMAN MIKE TRAMP REMINISCES ABOUT WHITE LION AND SAYS, [GUITARIST] VITO [BRATTA] AND I HAD NO CONNECTION WHATSOEVER EXCEPT THROUGH MUSIC”