WHAT IS PAY TO PLAY AND WHY IS IRON MAIDEN BASSIST STEVE HARRIS SO AGAINST THE PRACTICE? 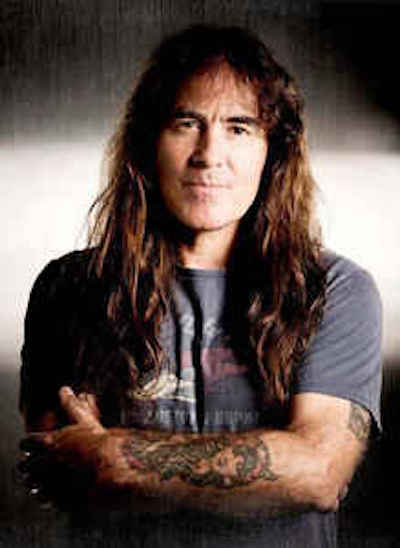 In recently posted news, Motley Crue is being sued for $30 million by a band called, The Raskins, who opened for them in 2014. The band alleges that Motley’s crew members ran out on stage in monkey masks and sprayed them “with water guns filled with urine.” The Raskins also reportedly paid $1 million to join the tour and complained that they were forced to play short sets in mostly empty venues after managers often refused to open the doors for shows; the public address system was turned off or interfered with during their shows; they weren’t allowed to sell merchandise or given dressing rooms; and they were hit with heavy equipment.

This is a practice known as pay to play. According to the The Berkeley Beacon, “Pay-to-play is a business strategy that some concert promoters use, claiming it as a foolproof way to get an audience to a show. It can work a couple of ways. When someone books a big name [artist], who will definitely sell out the venue, an unknown band can pay a lot of money upfront to be put on the bill as the opening act. The hope is that by playing for such a large audience, the opener will make up the difference in new fans.

The other type of pay-to-play is when the promoter will only let a band onto a bill if they can sell a quota of tickets. In the past, [a company such as the] Keynote Company has required openers to sell up to $300 worth of tickets for a show, cutting them only $50 if they are successful. This can be extremely detrimental for newer artists, who inevitably end up paying for the unsold passes out of pocket. We all know most novice musicians’ pockets are pretty empty to start with, so it is a high-risk scenario either way.”

Iron Maiden bassist Steve Harris has been very outspoken against the pay to play practice. Harris told Metal Journal, “I hate it when people charge bands to play with them – I hate that. I’ve never done that and I will never do it.

To me, it’s just wrong. A band should get at least some expenses to pay a gig, and they should’t have to pay to play. I’ve always been really against that. I’ve always tried to help people out.”

When asked why Iron Maiden continue to advocate for upcoming musicians, he replies, “Well, because we can. Anybody who’s in a position Maiden is, any band that can potentially take another band on tour, you can help people. It doesn’t take much effort to do that.”

Harris also believes it’s one way to repay the music scene for his “fantastic life and career,” adding: “I’ve worked very hard, but maybe I’ve had a bit of luck along the way. At the end of the day it’s nice to give something back.”

NEW BOOK, “THE OTHER SIDE OF RAINBOW,” TELLS THE STORY OF ONE OF HARD ROCK/HEAVY METAL’S ALL TIME GREAT BANDS ›