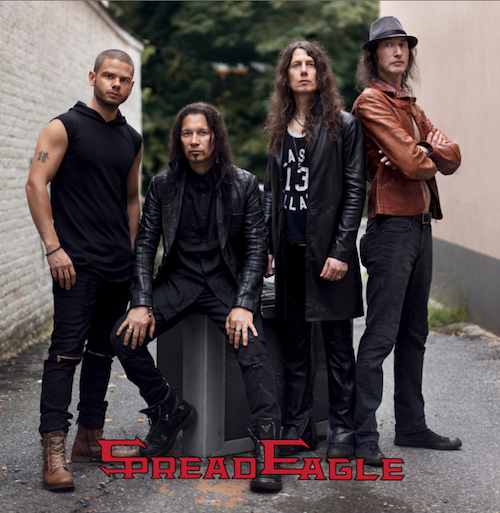 Frontiers Music and Spread Eagle are very proud to announce the planned release of a new studio album in 2019.

The band has started pre-production in the Music Building, New York, NY which is the exact place where our debut album was written and rehearsed. Recording will take place at Studio E in Brooklyn, NY with Grammy Award winning engineer Tom Camuso.

What a fantastic, fun year this has been for Spread Eagle! In August-September we toured UK/EU for the very first time. A HUGE thanks to promoters Ian Glenn Wright at Hull Metal Heaven Festival, Bernd Wilbert at MBM Live, Seven Webster at Hard Rock Hell Festival, Sebastian Alsdorf at Paunchy Cats and our incredible friend Dan DeVita at TKO Artists. The shows were great, the audiences were amazing and the band had a truly incredible experience. Spread plan on more UK/EU touring (along with USA and other territories) as soon as the new record is completed.

We’re inspired and working hard on doing what we do best. Writing kick ass ROCK music that will be played loud and live…to many people. This is what we live for, so stay tuned!

In the meantime, keep up with us: