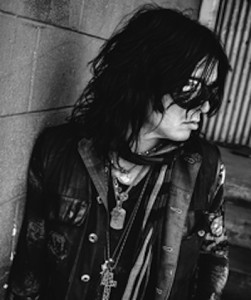 Now, as a “thank you” to his fans who have supported him and the long-awaited solo project for the past few years by attending one packed show after another, Keifer and his bandmates (#keiferband: Tony Higbee/guitars and vocals, Billy Mercer/bass and vocals, Paul Simmons, drums and vocals, Paul Taylor/keyboards and vocals, Savannah Keifer/vocals, percussion and piano, Kendra Chantelle/vocals and percussion) will being entering a Nashville studio later this month to record a new album.

The new tracks will be featured as bonus material on an expanded, deluxe edition of Keifer’s critically acclaimed 2013 solo debut album, The Way Life Goes. Set for release later this year, the package will also include the original album, a bonus DVD with video extras, a documentary about the creation of the bonus tracks, and exclusive interviews with the band filmed during the new recording sessions.

The as-yet-untitled deluxe set will be wrapped in an all new expanded art package with one-of-a-kind unique illustrations depicting each song. Keifer credits a framed collage designed by Calcano of images depicting life, members of his band and songs from The Way Life Goes that was given to him by his tour manager, Gene Aldridge, as the inspiration to release the deluxe edition.

“That one gift,” said Keifer, “instantly made us think about all the incredible people, adventures and inspiration that had come into our lives over the last few years. The new deluxe edition is our way of celebrating the way life’s gone since the initial release. It’s been an amazing journey!”

The new package’s bonus track song titles, release date and some other very special surprises will be announced in the coming weeks.

Tom Keifer and his band have announced the following dates:

* More dates to be announced.

In a recent interview, Cinderella bassist Eric Brittingham said that he does not think Tom Keifer will ever return to the band. 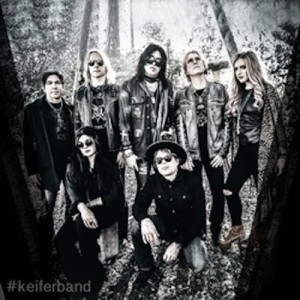 IRON MAIDEN DISCUSS ALL OF THEIR ALBUMS ›