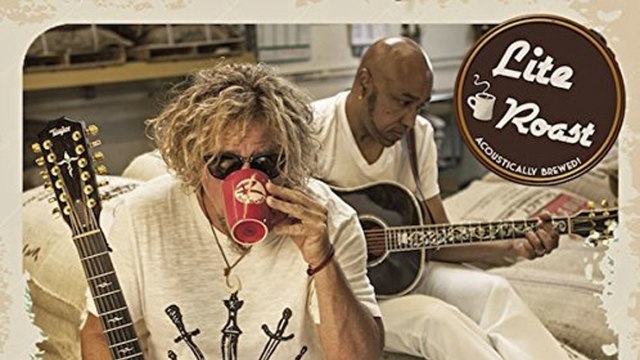 The Red Rocker will release Lite Roast on October 13th through Mailboat Records. He is joined on the record by Vic Johnson, guitarist with Hagar’s backing band Waboritas.

Former Van Halen and Montrose singer Hagar says, “I realize that when I played my songs acoustically, it made me sing different. It brought a new light to the lyrics that I’d written throughout my career.

It’s very live, very personal, with Vic accompanying me on guitar and singing background vocals. No overdubs. I think that my hardcore fans are really going to love it.”

Hagar decided to make the acoustic album – which features versions of tracks from throughout his career – after taking part in this year’s Acoustic-4-A-Cure concert in San Francisco.

EXTREME FRONTMAN GARY CHERONE’S HURTSMILE’S “RETROGRENADE” TO BE RELEASED ON OCTOBER 7TH, “HELLO I MUST BE GOING,” STREAMING ONLINE ›