Three icons of rock music are combining their talents for the creation of one of the most anticipated new projects of 2015. Revolution Saints is the newest power trio to arrive on the scene and features guitar skills by Doug Aldrich (Whitesnake), bass and co-lead vocals by Jack Blades (Night Ranger, Damn Yankees, Shaw/Blades) and drums and lead vocals by Deen Castronovo (Journey, Bad English). The band has just released the video for the song Turn Back Time from their self-titled debut that is being released in North America on February 24th via Frontiers Music SRL. Watch it below.

From the opening notes of Back On My Trail to the piano outro on the album-closer In The Name Of The Father (Fernando’s Song), it is clear Revolution Saints is a musical force to be reckoned with. Songs Locked Out Of Paradise, Dream On and Here Forever showcase the diversity that permeates throughout the entire album. Deen’s band mates from Journey also make an appearance on the album with guitarist Neal Schon showing up on Way To The Sun and vocalist Arnel Pineda singing on You’re Not Alone. The album’s 80’s vibe is reminiscent of some of the biggest hard rock tracks of the day, but with a modern feel, backed by top-level musicianship. The album is available for pre-order at Amazon in standard CD and deluxe edition with bonus DVD. Fans who order the album digitally via iTunes will receive an automatic download of Turn Back Time.

“It’s a fun record. It’s not safe. It is a musician’s record,” states Castronovo.

Revolution Saints have released an EPK discussing the new project that can be seen below.

The track listing for Revolution Saints is:

Back On My Trail
Turn Back Time
You’re Not Alone (Feat. Arnel Pineda)
Locked Out Of Paradise
Way To The Sun (Feat. Neal Schon)
Dream On
Don’t Walk Away
Here Forever
Strangers To This Life
Better World
How To Mend A Broken Heart
In The Name Of The Father (Fernando’s Song

Visit the Revolution Saints at facebook.com/RevolutionSaints. 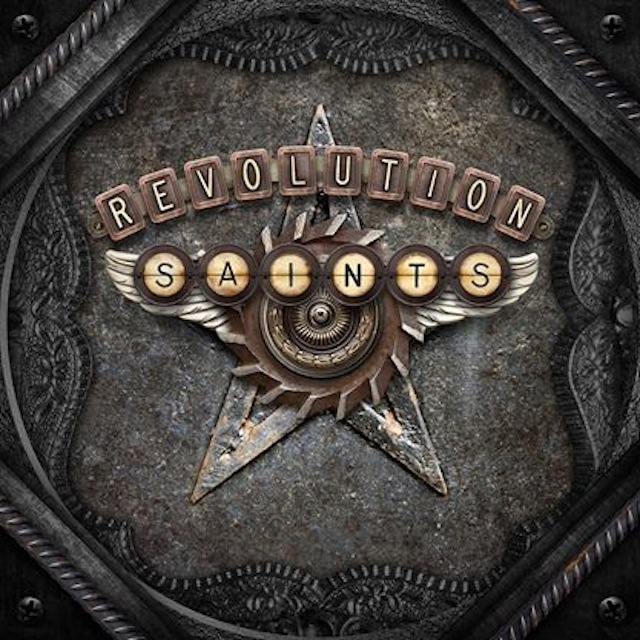