KISS’ PAUL STANLEY DISCUSSES GAY RUMORS SAYING “I NEVER SAW A GUY WHERE I SAID, ‘GEE, THAT’S A CLOSE SECOND TO A WOMAN'” 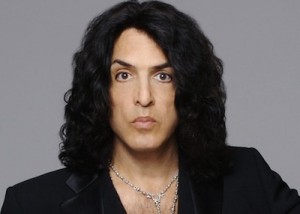 KISS frontman Paul Stanley recently spoke with Robert Scott of New Zealand’s The Breeze. The interview appears below and the text was transcribed by blabbermouth.net,

When asked what the craziest rumor he ever heard about himself was, Stanley replied,”Well, the oddest, to me, was always — and it’s always persisted over time — is that I’m gay. And it’s an interesting thing, because if I were, I’d be proud to be whatever I am. As long as you’re a good person, sexual orientation and stuff like that is totally irrelevant. But, that being said, besides having four children, honestly, I never saw a guy where I said, ‘Gee, that’s a close second to a woman.’ Honestly, I never looked and said, ‘You know, if I can’t have that girl over there, I’m taking the bloke,’ you know what I mean? So that’s always been really interesting — that some people can’t find a way to take my comfort with sexuality to misreading it as something it’s not. But, that being said, I more scratch my head at that. So that’s always been something that was, and is, persistent. And I just kind of go, ‘Well, the boys may not understand, but the women always did.’ They got it in more ways than one.”

‹ GUITARIST TONY MACALPINE ON HIS MEMORIES OF PLAYING WITH STEVE VAI AND BILLY SHEEHAN: “THOSE GUYS HAVE BEEN MY FRIENDS FOREVER”