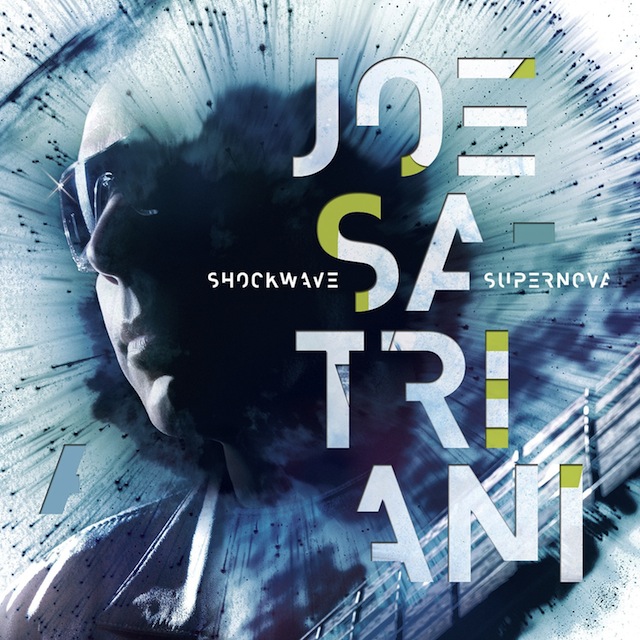 Greg Prato of Songfacts spoke with guitarist Joe Satriani. Excerpts from the interview appear below.

Joe Satriani: It’s got 15 songs on it, which makes it long. [Laughs] Longer than most. I was very happy to get the green light from the guys at Legacy to be able to tell the full story of Shockwave Supernova to the fans. I explained to them, it was going to take 15 songs to do it. It’s a concept album that the audience doesn’t really need to know about – in terms of the concept.

It was a writing/composing/production device that allowed me to pull in lots of songs that I had been writing and used to support a story about a perceived alter-ego of mine, who calls himself “Shockwave Supernova.” He is the overt electric rock guitar player on stage, and he goes through so many changes over the course of the album – reflecting on his life – which leads, eventually, to him realizing that he needs to turn into something better. So he’s got to morph himself into a better version.

It all started with the end of the tour in Singapore, when I was walking out on stage, trying to remind myself not to play with my teeth anymore. And then, a few moments later, there I was, on my knees, playing with my teeth! I was like, “Who is this person who does this?”

It turned into a daydream that turned into a real idea for an album, which was that guy is “Shockwave Supernova,” who I’ve been using to bring myself out of my normal shell, when I’ve got to go public. And it was really a lot to write about. So that’s it in a very long, large nutshell, the story of the record.

Songfacts: I was taken by some of the song titles on the album (On Peregrine Wings, Butterfly and Zebra, Is There No Heaven, etc.). I assume they fit into the storyline of the album?

Satriani: For me it does, but as I said before, it was so important that the album could be accessible in any form – in little bits, song by song, side one, side two, re-sequenced by the fans however they like. There is no narrative that anybody has to follow. But each of the songs in my twisted view relate to this character as he remembers his whole career, and the crazy moments, the desperate moments, the wonderful moments, the moments that were just fun. They all relate to that story.

Songfacts: How much of an influence would you say Jimi Hendrix is still on your playing, and can you think of some songs that were directly influenced by Hendrix?

Satriani: Oh, so much. The thing that I really constantly remember from Jimi’s playing was he had a way of being different song to song. He just would not hit you over the head with this same guitar sound, over and over again. He would have something different. And then his playing would be different. Like on one song, he could play fast and fluid, and then on the next, it sounded like he was struggling to play slow. And one song, his guitar would be spacey, and the other song it would be clear and played right in your face with nothing special added to it. And I loved that. Just being a fan of putting on a record and listening to it all the way through, by the time you got to the end, you’d go, “Wow. I’ve got to hear that again. That had so many different sides to it.” And what you were really hearing was all the different sides of his musicianship.

I constantly remind myself that it’s OK in this day and age where people really do like to homogenize and compact and promote one idea and hit you over the head with it, Jimi’s era really allowed for him to be much more creative with a guitar. And I’m using “the same one” – I’ve got the same six strings on it, and there’s no reason to do the same thing over and over again.

This record certainly bears witness to the fact that I was influenced by his creativity and creating many different guitar sounds, and that’s what we did with this record: We allowed so many different guitar sounds to be the hallmark of each song. We didn’t worry about trying to promote “Joe Satriani the guitar player.” It’s really about the music.

To listen to On Peregrine Wings, click here, and to read more about Shockwave Supernova, please go to this location.

ROCK ICON EDDIE VAN HALEN SAYS HE DOESN’T LISTEN TO MUSIC, DISCUSSES HIS CURRENT RELATIONSHIP WITH SINGER DAVID LEE ROTH AND COMMENTS ON FORMER BASSIST MICHAEL ANTHONY STATING,”EVERY NOTE [HE] EVER PLAYED, I HAD TO SHOW HIM HOW TO PLAY” ›