GUITARIST SCOTT IAN DISCUSSES HIS FORTHCOMING AUTOBIOGRAPHY AND DVD, NEW ANTHRAX MUSIC AND BEING TOLD HE LOOKS LIKE HENRY WINKLER

Greg Prato for Bravewords spoke with Anthrax guitarist Scott Ian, who has a 392 page autobiography titled, I’m the Man: The Story of That Guy from Anthrax out on on October 14th and a two hour plus Swearing Words in Glasgow DVD out on November 13th via Megaforce Record. Portions of the interview appear below.

BraveWords: Was it planned that both your book and DVD would be coming out around the same time?

Scott Ian: It really wasn’t a plan. If anything, I would have thought the DVD would have been out sooner, but it just took a really long time. Production issues and just getting it done…I had no idea getting subtitles done in like, six different languages would take so long, either. I never really thought about that – getting a two-hour and something show transcribed into English and then having those all done in different languages. I’m lucky enough I have enough friends that speak all these different languages – Spanish, German, French, Italian, Japanese, Portuguese – who were able to do it for me. But it’s really time consuming.

BraveWords: The DVD reminded me a bit of Henry Rollins’ spoken word performances. Would you say you modeled your performance after that?

Scott Ian: I really had no model at all. I haven’t seen Henry do a talking show since the early ’90s, so I really don’t know what he does these days, as far as what his set is comprised of and how he does it anymore. But for me, I just got up on stage and told stories from my life. It’s not like I had videos or stuff to watch to even really be influenced by, because it’s not stand-up comedy. And there’s really not any other guys in bands out there doing it, where I can say, “I saw so-and-so.” I had all these stories in my head, and I had the opportunity to go do it in London a couple of years ago as a one-off, and I had so much fun doing that one time that I decided that I wanted to do more of it.

BraveWords: A funny story you talk about in the DVD was when someone once mistook you Anthony Kiedis. Has there ever been another celebrity someone mistook you for?

Scott Ian: There’s obvious ones, like I understand why people mistake me and let’s say, Shavo from System of a Down, because we both have bald heads and we both have beards. We don’t look anything a like, but at least that makes more sense than Anthony Kiedis. When I was younger, some people used to say I looked like Henry Winkler, which I don’t necessarily see, but I always take that as a compliment, because I love Henry Winkler. [Laughs]

BraveWords: What is Anthrax currently up to? Working on new music?

Scott Ian: Yeah, that’s why I couldn’t tell you the names of the songs, because I’m only thinking of the new stuff. We’re deep in the writing process – it’s been going really well. We’ve got 16 or 17 ideas, all in some state of construction, basically. Some more done than others. And it’s all still just a work in progress. But it’s coming along great. We’ve never written more really than we’ve needed for a record, so we just haven’t stopped ourselves this time. It wasn’t like we said, ‘OK, we’ve got ten, let’s got make an album.’ Good ideas kept coming. I think we’ll probably do another couple of writing sessions, and then maybe put a cap on it, as far as musical ideas, just because I’m pretty backlogged right now, as far as having to catch up lyrically. I don’t want to get in situation where I’ve got to write 25 songs worth of words. I have a lot to say, but not that much. But it is going really well. We’re exactly where we should be, I think. That doesn’t give you any idea what it sounds like, but it’s definitely Anthrax. 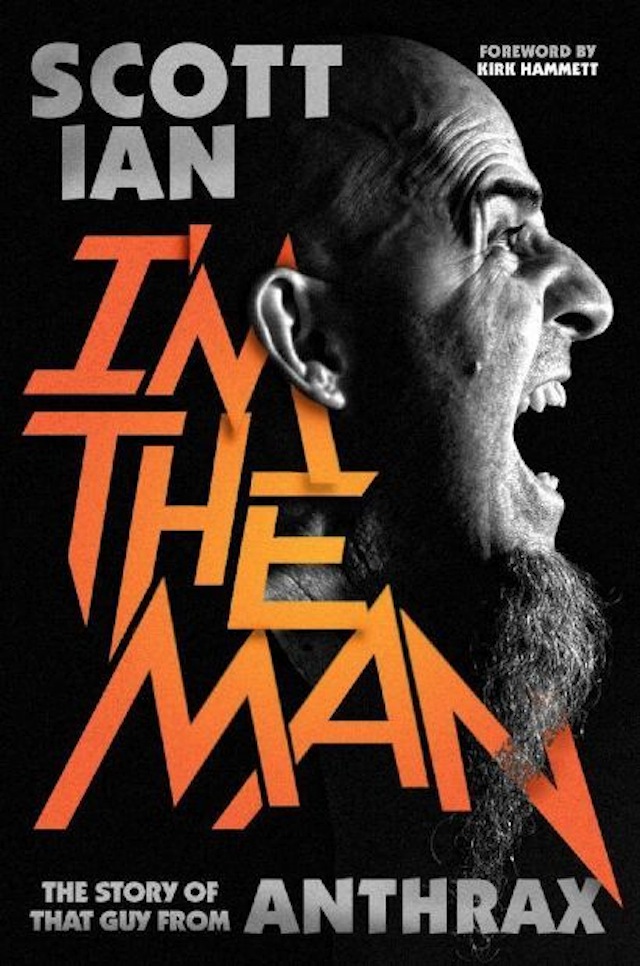 ‹ MALCOLM YOUNG’S FAMILY CONFIMS THAT THE GUITARIST HAS DEMENTIA