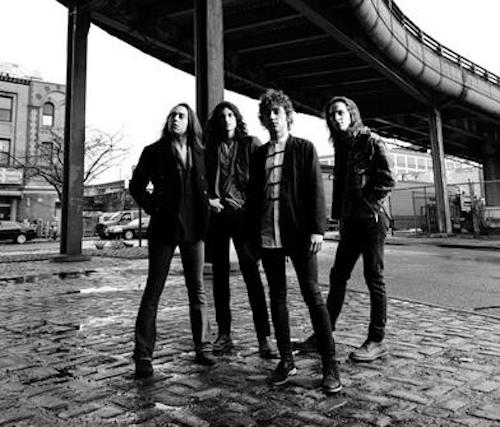 “We were speechless when Elton called us,” said the band’s guitarist Jake Kiszka. “We are all big fans of his, so are very, very honored by this invitation.”

And if that incredible news wasn’t enough, every, single ticket for the first leg of the band’s 2018 North American tour, announced just last Wednesday, sold out in less than five minutes.

Twenty-seventeen was a remarkable year for the band, starting with the March 31 release of the debut single Highway Tune that claimed the number one spot at Rock Radio for five consecutive weeks, amassed 10-million Spotify plays, and the companion music video having accumulated more than 6.8-million YouTube views, all by the end of the year. All 42-headline dates on GVF’s 2017 tour sold out in advance, their debut EP, Black Smoke Rising entered the U.S. and Canadian iTunes charts at #1, and the band was named one of the “10 New Artists You Need to Know” by Rolling Stone, and Best New Artist by Loudwire.

Greta Van Fleet is currently in the studio recording what will be their debut album expected out later this year (Lava Records). The band’s 2018 North American tour will launch on April 13 at the Coachella Valley Music and Arts Festival. Announced dates are below.