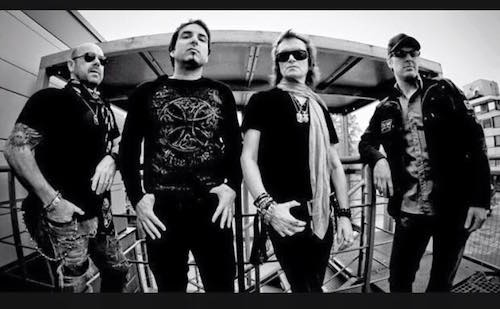 Black Country Communion frontman Glenn Hughes says he isn’t sure whether the band will tour in support of their upcoming fourth album.

The supergroup are working on the follow-up to 2012’s Afterglow having agreed to reunite following their 2013 split. The new album is expected in 2017 and Hughes says he and guitarist Joe Bonamassa have been “inseparable” since beginning work on the music.

But as he has a busy schedule ahead with a full 12 months of touring lined up in support of his upcoming solo album Resonate, Hughes is not sure whether BCC will hit the road.

Hughes tells Classic Rock, “It’s due to be recorded in January and will come out in May, but I’m not worried that Resonate will get lost in the shuffle – not at all. It’s more than strong enough to stand up in its own right.

I have no idea whether there will be a tour from BCC. There may well be a chance of that but at this point I’m not going to speculate as, being the mouthpiece of BCC, last time it was me that took a beating from the trolls when it didn’t happen.”

A war of words ensued between Hughes and Bonamassa when the guitarist refused to tour Afterglow, Hughes complaining publicly of “false promises” and “unresolved expectations” in the aftermath.

“There were no handbags – all that happened was that Joe and I wanted different things,” Hughes says, adding that besides regular bouts of encouragement from Kevin Shirley, the group’s producer, its eventual rebirth was inspired by an article in Billboard that saw Hughes voicing hope of reconciliation.

He adds, “A month later, Joe called me and suggested dinner. And sure enough we ended up discussing the idea of making an album that’s all killer, no filler. And we’ve been writing it – he left my house an hour ago.

Joe and I have worked together on this forthcoming record more than any of the others. For the past week we’ve been inseparable.”

Hughes and Bonamassa are joined in BCC by keyboard player Derek Sherinan and drummer Jason Bonham.

He adds, “I’m so proud of Resonate and it certainly has legs – I’m going to spend a year touring it around the world. It’s looking like I will play three tours of America in 2017. I’m going everywhere.”

To read more about Resonate and to view a electronic press kit, please click here.

THE SCORPIONS ANNOUNCE MIKKEY DEE AS THEIR NEW DRUMMER ›