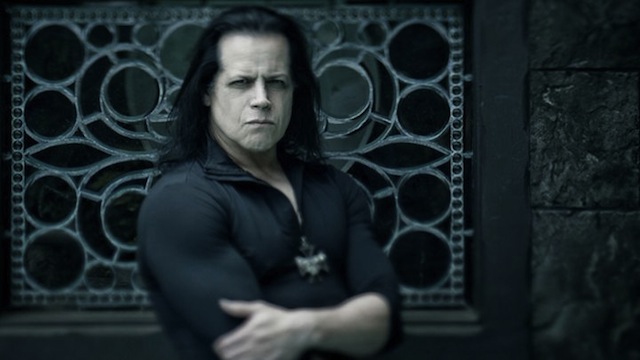 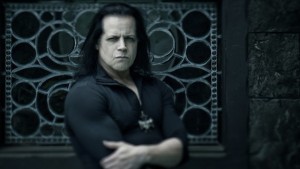 Singer Glenn Danzig butted heads, literally, with a fan at a Montreal show.

According to TMZ, the singer reportedly ordered his security to assault the fan — and then beat the man personally — because he refused to stop taking pictures at a the show Sunday night (October 18th).

According to TMZ, the singer allegedly ordered his security to assault the fan — and then beat the man personally — because he refused to stop taking pictures at the show Sunday night (October 18th).

This is reportedly second time in four months that Danzig has assaulted a fan for photographing him.

The alleged victim, Neil Dalton, wrote in a now deleted Facebook post that he spent $100 and traveled to Montreal to see the show, only to get an unexpected fright when Danzig spotted him snapping photos. Danzig reportedly stopped his show to call out Dalton for violating his famous no-photo policy — then had security remove the fan and beat him, Dalton said.

Security allowed Dalton back into the show, only to drag him out once again, and this time Danzig joined in the attack, Dalton said.

The furious fan uploaded a photo that might make Danzig himself uneasy, showing his bloodied and battered face. a href=”http://www.nydailynews.com/entertainment/music/glenn-danzig-allegedly-assaulted-fan-pictures-article-1.2407568″ target=”_blank”>Click here to see the photo.

Montreal police confirmed it filed a report and is investigating but released no further details. Danzig’s rep did not return requests from the Daily News for a comment.

In July, a fan filmed himself confronting Danzig after a show for stealing a phone from the crowd. Danzig abruptly put him in a headlock and pulled him into a bus — a beating another fan caught on camera.

On the upside, his beatings are a nice change of pace from the infamous video of a fellow rocker knocking him out cold in a backstage brawl.

The New Jersey native, whose real name is Glenn Anzalone, is now touring North America, and photos apparently aren’t his only gripe — he swears he’s ready to stop touring altogether.

“I think this is going to be it,” he told Loudwire after his Wednesday (October 21st) show in New York City.

“I’ll do some shows here or there, but I don’t think I’m going to tour anymore.”

In other Danzig news, the singer will be releasing a covers album called, Skeletons, on November 27th. Danzig will be covering songs by artists such as Black Sabbath, Aerosmith, Elvis Presley, ZZ Top, as well as others. To read all about this impending release, please go here.