DRUMMER MICK BROWN ON THE DOKKEN REUNION, “IF YOU THROW ENOUGH MONEY ON A WOUND, IT WILL HEAL” 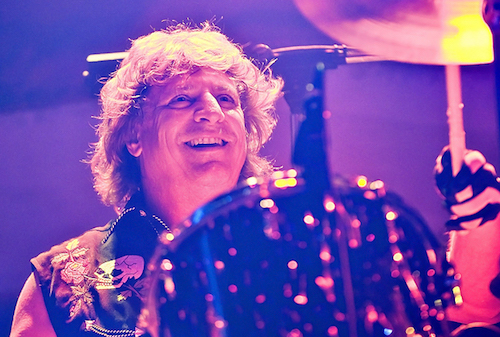 Drummer Mick Brown recently spoke with Rockin’ Metal Revival about Dokken’s reunion shows in Japan. Excerpts from the interview appear below (as transcribed by blabbermouth.net).

On bassist Jeff Pilson recently revealing that he and guitarist George Lynch have written a new Dokken song:

“I really haven’t heard that, but it wouldn’t surprise me. And Jeff’s got a recording studio, so it makes it easy to do, and George lives close to Jeff… Jeff loves to record; I mean, that’s his passion, you know. And nothing suits him better than being home for a few days and recording some music. So I’m sure something might happen there.”

Discussing how the classic lineup reunion has affected the current members of Dokken:

“[Guitarist] Jon [Leven] wasn’t too keen on it, and I can understand that. But we said, ‘Listen, the money…’ I mean, he understands… I hate to talk about money, but there’s a lot of money involved here. And you can’t be a fool in life and pass up these opportunities. And Don and I both told him, ‘Listen, it’s only these six shows, from what we know.’ And Jeff’s gotta go back to work with Foreigner. We’ve been sort of talking about this for a few years, and Jeff just said, ‘Listen, Foreigner’s just not gonna give me the time off. We play all the time — four days a week.’ So he has about a ten-or twelve-day window to do this Dokken thing. And we’re doing it. And I think he flies from Tokyo right back into a Foreigner show, wherever that’s gonna be, and I think it’ll be business as usual.

Listen, if there’s success with this, and it all works right, and we do it without strangling each other — which, by the way, in the past, we’ve been known to do that [laughs — so if we can make it through [those shows], you might see some of it [in other parts of the world]. But I don’t know… Jeff’s pretty locked into the Foreigner thing. And so we told Jon, ‘Listen, we’re doing it in Japan. It’s not in America.’ But we told Jon, as soon as the shows are over, we’re back to business as usual. I’m sure he’s a little angry. But we’ll see what happens.”

Speaking about how he never thought the classic line-up of Dokken would ever reunite:

“I guess if you throw enough money on a wound, it will heal,” he said. “And I hate to say that, but, I mean, listen, it would take that to get some things together.”