As previously reported, Deep Purple will release two live albums on September 18th, ..From The Setting Sun in Waken and …To The Rising Sun in Tokyo. The band has released a clip from the Tokyo CD. Watch their performance of Perfect Strangers below.

From the Setting Sun… (In Wacken) has been filmed by 9 HD cameras at Wacken Open Air Festival 2013. For the first time in Deep Purple’s history, the band will release a 3D version of their performance on Blu-ray, filmed at Wacken.

…To the Rising Sun (In Tokyo) has been filmed by 12 HD cameras at Nippon Budokan, Tokyo in April 2014. 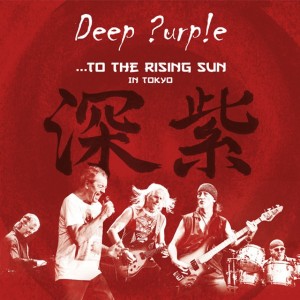 ‹ IRON MAIDEN RELEASE A VIDEO FOR “SPEED OF LIGHT” FROM “BOOK OF SOULS,” WATCH IT HERE