“It’s a stoner rock record,” said Z’nuff, matter-of-factly. “What I have with Enuff Z’nuff is special, but this is a labor of love. I started these songs while going through every type of hard time – family, finances, relationships – and found moments of clarity while writing.” He also called on some tour buddies and long-time friends to guest on the record.

Strange Time track listing:
~ all songs written by Chip Z’nuff except where noted ~

My Town
Yesterday (Another Wasted Day)
The Game
Tonight We Met (And Now We’re Going To Fuck) – featuring Slash & Dale Bozzio
The Pain Is All On You (written by Chip Z’nuff, Steven Adler, Paul McCartney)

Stream the song Hello To The Drugs, here.

Strange Time will be available at record stores and online retailers including iTunes and Amazon on February 3rd.

In addition to a career in broadcasting as a go-to guest on Howard Stern’s radio show and co-host of “Mancow TV,” Chip is writing his autobiography. It will chronicle, in part, his three decades in EZ. In 1989, Enuff Z’nuff released its self-titled debut, and the hit singles New Thing and Fly High Michelle, which earned them the first of two Gold records, huge credibility in the music video landscape, and legions of fans from the pop, rock, hippie, metal, and glam communities. Rolling Stone, David Letterman, and Howard Stern have all been continued vocal supporters of the band.

Enuff Z’nuff has a west coast run in February:

To connect with Enuff Z’nuff on the web: 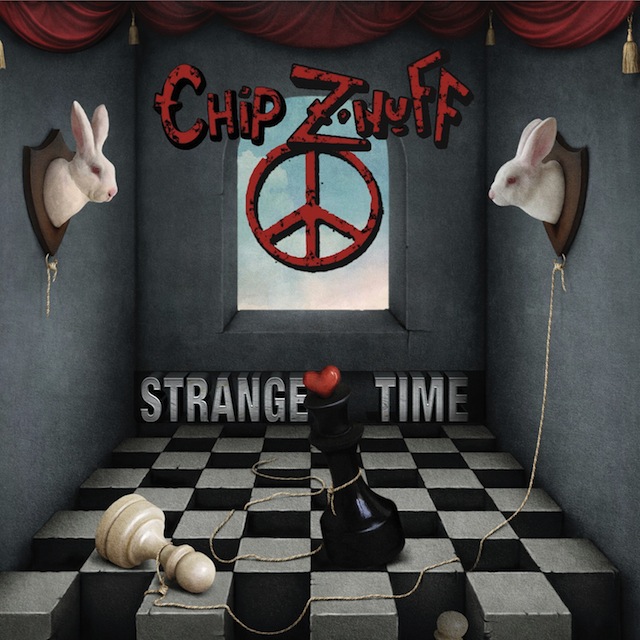