Brian Thomas Tichy and his partner Joe Sutton have decided to bring their Bonzo Bash/John Bonham celebration to New York and New Jersey for three shows commemorating the life of rock’s ultimate drummer. The spectacles, sponsored by Modern Drummer Magazine, have been booked on May 30th, May 31st and June 1st to pay tribute to John Henry Bonham on and around what would have been his 65th birthday.

Since the first epic/never done before Bonzo Bash (The Groove Remains The Same) on Zeptember 25th, 2010, which brought 18 of the world’s best drummers together on one drum kit in West Hollywood, Tichy and Sutton have done a total of five Bonzo Bashes with each one gaining more momentum and much deserved attention.  With a list that is far too long to include here, it should be noted that 50 drummers and 30 guests have performed over 100 songs through the course of these marathon shows! The last Bonzo Bash, on Jan 24th 2013, the most talked about show at the NAMM music convention, sold out and a second night could have been added. 30 drummers played with a total of 52 performers over the course of 5 hours.

Tichy said, “I had this idea back in 2010 when one day it occurred to me that John Bonham and Led Zeppelin were the only band I had never stopped listening to for over 30 years. The idea literally came to me in that instant. I was going to go for a backyard party or a kegger in a rehearsal room, but then figured if all these drummers actually get together and make it a “thing,” it should be made available for people to see so I talked to promoter Joe Sutton, a Zep Head himself, who happened to have the exact night on hold at Key Club and that was that!

The concept is simple: each drummer chooses his or her favorite Led Zeppelin song and plays it on an amber acrylic drum kit with house band The Moby Dicks. This coming together of the world’s best drummers also brings with it an undeniable, communal spirit that is very hard to find at any other type of rock show. We all have a great time as it’s all about celebrating the amazing drumming of John Bonham and his timeless impact. The energy is thick, the egoless vibes prevail and we all walk away with great memories! I’ve never seen so many smiling faces at a rock show.

People constantly ask for us to take this juggernaut on the road but in theory, it’s not unlike a river crossing of wildebeests during migration season! But, by going to a city like New York with my home state New Jersey next door and inviting the best drummers in the area, it became apparent that we may be able to pull this off after all.

So, grab a couple tickets and get dazzled by a great house band and one of the most unique shows you’ll ever see featuring some of the world’s best drummers around.

***Many more drummers and special guests to be announced!*** 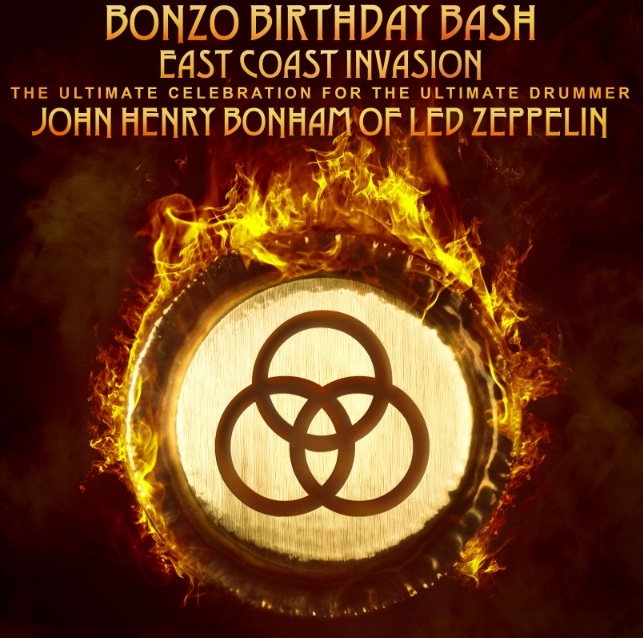