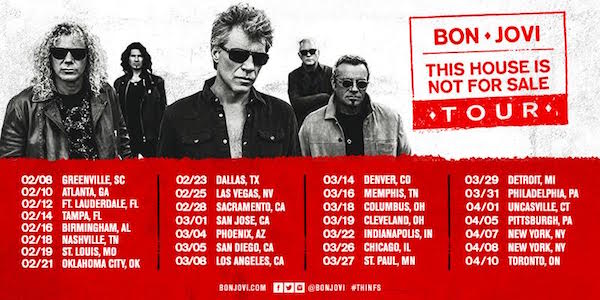 Bon Jovi, who recently announced their This House Is Not For Sale 2017 tour itinerary, have announced some additional tour dates, including two dates in New York. View the updated schedule below.

This House Is Not for Sale was released on November 4th. View the video for the title song by clicking here.

‹ KISS GUITARIST ACE FREHLEY ON THE POSSIBILITY OF A KISS REUNION, “I’M NOT RULING IT OUT”