When it comes to hard rock contenders no band was more feted than Blue Murder. Masterminded by British-born super guitarist John Sykes, who had previously played pivotal roles in the Tygers Of Pan Tang, Thin Lizzy and Whitesnake, the birth of Blue Murder triggered huge anticipation amongst the hard rock community. At this time, Sykes’ stock was at an all time high and his dismissal from Whitesnake at the peak of their success with the multiplatinum 1987 album seemed utterly senseless.

Quick to maintain momentum, Sykes pieced together the fledgling Blue Murder by enlisting A-grade support in the form of bassist Tony Franklin (from the Firm) and seasoned drummer Carmine Appice (Ozzy Osbourne, Jeff Beck). It was a classic power trio set-up with a musical direction influenced by both modern and traditional styles, from Led Zeppelin to the bluesy bluster of Whitesnake.

Signed to Geffen Records, the album was produced by studio mastermind Bob Rock (Metallica, Bon Jovi, The Cult) and mixed by Mike Fraser. It stunned critics and fans alike, containing long, often complicated, tracks with ambitious arrangements and a panoramic production that emphasized creativity over commerciality. As a statement of intent the album massively succeeded in establishing Sykes as a major creative force with a rock solid reputation that has served him well over the subsequent years.

With 24-bit remastering from the source tapes, a 3,500 word essay about the making of the album, a new interview with John Sykes, enhanced artwork and photos spread out over a 12 page full color booklet, Rock candy Records is bringing the 1989 self-titled debut album to the masses once again. The ten track release can be purchased now at rockcandyrecords.com.

Watch the videos for Blue Murder’s Valley of the Kings and Jelly Roll below. 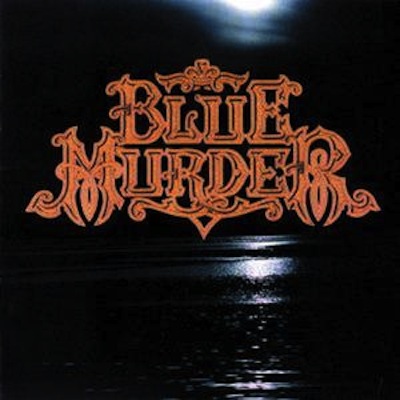