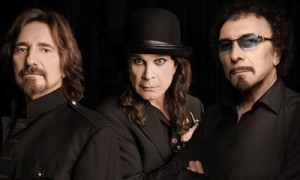 Black Sabbath frontman Ozzy Osbourne’s health issues have temporarily forced Black Sabbath off the road. The band had to cancel their show in Edmonton, Alberta and Calgary, Alberta.

“Due to extreme sinusitis with Ozzy Osbourne the shows in both Edmonton and Calgary have been postponed,” they wrote on Facebook. “Details regarding rescheduled dates will be announced as soon as they are available.”

Black Sabbath are currently on their The End tour, which they launched kicked two weeks ago in Omaha, Nebraska.

The band is expected to resume their tour on February 3rd at the Rogers Arena in Vancouver, British Columbia.

‹ BASSIST JIMMY BAIN’S OFFICIAL CAUSE OF DEATH WAS LUNG CANCER