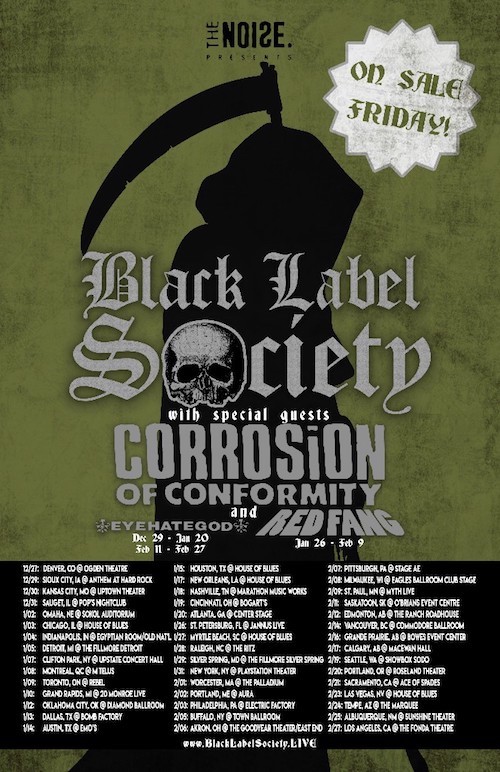 Black Label Society have announced a hefty batch of North American tour dates today spanning coast to coast in support of their recently announced all new LP, Grimmest Hits. Support will come from legends Corrosion of Conformity on all dates. Select tour dates will see support from EYEHATEGOD and Red Fang. A full list of tour dates can be seen below.

Black Label Society will release their tenth full length titled Grimmest Hits on January 19th on Entertainment One (eOne). The new effort will be the highly anticipated follow up to Billboard Top 5 charting titles Catacombs of the Black Vatican (2014) and Order of the Black (2010). In-between then and now, Zakk Wylde released Book of Shadows II, the long awaited follow up from his 1996 solo debut of the same name, which debuted at #18 on the Billboard Top 200 Chart.