Avenged Sevenfold has announced a December 15th release date for the deluxe version of their critically acclaimed album, The Stage (Capitol). This new edition features seven additional studio songs, plus four unreleased live tracks recorded during the band’s recent shows at The O2 arena in London. Among the seven bonus tracks is the band’s stunning cover of the Pink Floyd classic, Wish You Were Here, which was released today and can be heard here. The companion video can be seen below.

Both the digital and physical deluxe versions of The Stage can be pre-ordered here ((note: the CD and vinyl versions of the album will include a special lenticular cover).

About the band’s version of Wish You Were Here, lead singer M. Shadows says, “This is the song that started us down the rabbit hole with our recent cover recordings. I’ve always loved this song and though I felt it would be impossible to capture the somberness of the original, we approached it with another purpose. There’s a poignancy to the song that seems appropriate with everything going on in the world today. We put a bit of a modern twist on it to reintroduce it at a time when it might help capture what some of us are feeling.”

The deluxe edition is the latest chapter in an innovative album cycle that began 12 months ago when Avenged Sevenfold “surprise-released” The Stage, becoming the first-ever rock band to drop an unannounced album in digital and physical form. The band (vocalist M. Shadows, guitarists Synyster Gates and Zacky Vengeance, bassist Johnny Christ and drummer Brooks Wackerman) announced the album’s release to millions of surprised fans who had been watching their live-streamed set from the rooftop of the Capitol Records Tower in Hollywood, CA. That groundbreaking event saw the quintet give a 3D/360-degree virtual reality performance that enabled fans around the globe to experience Avenged Sevenfold’s electrifying show as if they were there for the first-of-its-kind immersive event.

Months later, the forward-thinking band announced plans to transform The Stage into an evolving body of work by adding a series of new tracks over the course of several months.

In addition to the album’s original 11 tracks, the deluxe version features A7X’s reimagining of Mr. Bungle’s Retrovertigo, original track Dose, a cover of Del Shannon’s 1961 Number one hit, Runaway (featuring a guest appearance by Vandals’ guitarist Warren Fitzgerald and lead vocals by Avenged Sevenfold guitarist Zacky Vengeance), the band’s version of The Beach Boys’ 1966 hit God Only Knows and most recently, their rendition of the Rolling Stones’ As Tears Go By. The four concert recordings included on the album are title track The Stage, Paradigm, Sunny Disposition and God Damn. 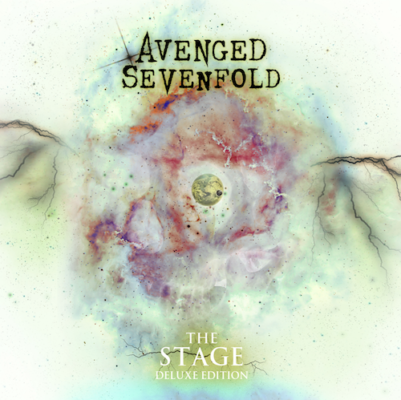 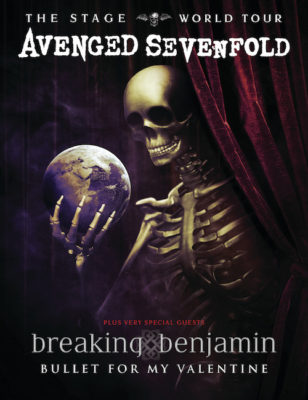