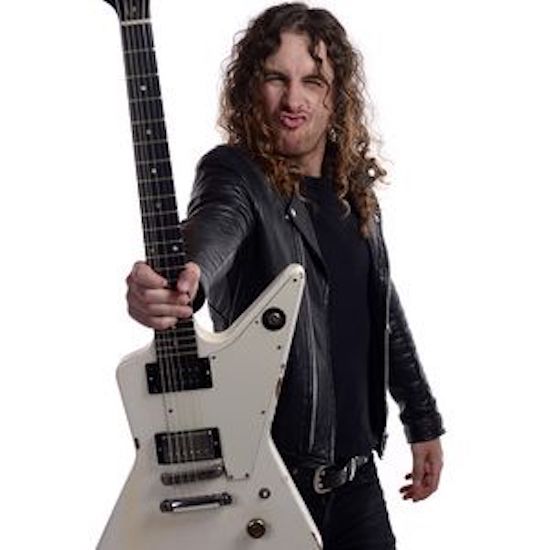 Airbourne frontman Joel O’Keefe recently spoke with Janne Innanfors of the Rock Klassiker radio station, when his band supported Iron Maiden on July 22nd in Gothenburg, Sweden. O’Keffe discussed how the pandemic effected many small businesses across the world, including live music venues.

O’Keffe said (as per blabbermouth.net), “”It makes me angry, this whole thing, because the ecosystem of live music… The whole future of rock and roll depends on small clubs. If you don’t have the small stages… When you start out as a band, you can’t just go walk onto the Iron Maiden stage; you’ve gotta f–king earn your stripes. And you can’t do that unless you go play in front of 10 people — at a ‘Battle Of The Bands’ kind of thing or anything like that. And it f–king pisses me off, because the small venues, if you kill that, then you kill the future of rock and roll, basically, because that’s the only play [new bands] have to play.”

He continued, “It makes no sense that governments will help football teams, they’ll help all the sports, all of the religions, all of this stuff, but they won’t help the arts — music. And if they do, it’ll be violins and f–king cellos and not rock and roll. So the more people that get educated of the fact that if you build an apartment, a 12-story apartment building, next to a little venue and then it says you’ve gotta shut the venue down so a bunch of people can live up there and complain about the noise when they were there 30 years after bands like Motörhead learned to play in that room. That’s just so crap; it makes no sense. It’s one of the things that makes me so f–king angry.”

He added, “What would be great is if the Dave Grohls and the Lars Ulrichs and everyone got together and said, ‘We’re gonna change this. We’re gonna go to the governments. ‘Cause they always come to our shows.’ There’s always the politician that wants the backstage pass. It’s, like, ‘Well, here’s 10 minutes of our time in the backstage area. You do this, you kill this. So while you wanna go to the Foo Fighters gig and the Metallica gig, the future bands from your city won’t be able to have a future ’cause literally the laws that you make and the laws that you govern stop it.’

“So, it’s one of those things that just makes me [really angry], because it’s just wrong,” he reiterated. “And after a two-year pandemic and all this sort of stuff, there’s so many kids learning guitars, there’s so many kids wanting to play, and if they don’t have a stage to play on, where are they gonna play? And you saw the little kids out there tonight. This is a band that’s been going for 40 years, and there’s kids out there watching [Iron Maiden guitarists] Dave Murray,…Janick[Gers], watching them play, watching [bassist] Steve Harris play bass, watching Bruce[Dickinson] sing and drummers who wanna be like Nicko [McBrain]. That’s still alive. We can still do it. So if we can stop that around the world, that would be great.”

O’Keffe, and his brother, and bandmate, Ryan, recently discussed returning to touring and writing new music for the next Airbourne record, read the details here.

Airbourne’s North American tour is set to begin on September 9th in New York and wraps up on October 11th in Los Angeles, see their entire tour itinerary, here.

The band’s latest album was Boneshaker was released on October 25th, 2019.

WHITESNAKE PULL OUT OF THE “ROCK BELIEVER” TOUR, WITH THE SCORPIONS, DUE TO DAVID COVERDALE’S ONGOING UPPER RESPIRATORY INFECTION ›