WHAT MUSIC DO PSYCHOPATHS LIKE? MORE BIEBER, LESS BACH 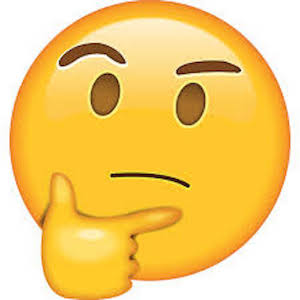 [Dana’s note: While I know this subject is not related to hard rock/heavy metal, I thought it interesting, nonetheless]

Amy Ellis Nutt of the The Washington Post reports:

Despite the film industry’s depiction of psychopaths, classical music is not their go-to soundtrack in the real world.

“In the movies, if you want to establish in one shot that a monster has a human side,” said Pascal Wallisch, a psychology professor at New York University, filmmakers play a certain kind of music. There’s Beethoven in “A Clockwork Orange” or Mozart in “The Silence of the Lambs.” Wallisch and Nicole Leal, a recent graduate of NYU, wanted to find out if a preference for certain musical genres is correlated with psychopathy, a personality disorder characterized by manipulativeness and a lack of empathy.

The researchers gave a questionnaire to more than 190 NYU psychology students that rated their level of psychopathy. It includes questions such as, “For me what’s right is whatever I can get away with” and “Love is overrated.”

“The cliche is they [psychopaths] are all in prison, but they’re all over,” Wallisch said.

The students listened to a songs from a wide range of musical selections, from classical to recent Billboard 100 songs, and rated them on a seven-point scale. Most of the songs were unfamiliar to the students. Wallisch and Leal looked for correlations between preferences for certain songs and the students’ scores on the psychopathy scale. They identified about 20 songs that seemed to be particularly popular or unpopular depending on the listener’s level of psychopathy…

…Among the songs with the highest correlation were Eminem’s “=Lose Yourself, the Academy and Grammy award-winning rap song popularized in the 2002 movie 8 Mile, and Blackstreet’s No Diggity, which ousted Macarena”for Billboard’s top spot in 1996. Justin Bieber’s What Do You Mean was also popular with those students who scored high on the psychopathy scale. On the low end were Dire Straits’ Money for Nothing, the much-covered country tune Wayward Wind and The Knack’s 1979 pop-rock hit, My Sharona.

‹ IN HIS NEW BOOK, GENE SIMMONS CLAIMS WOMEN USE “SEX” TO GET WHAT THEY WANT AND THEY CANNOT HAVE A CAREER WHILE HAVING CHILDREN