Chickenfoot will release Best + Live on March 10th and the band has released a video of their cover of the Deep Purple classic, Highway Star.

The performance was filmed at the historic Fillmore in San Francisco during the band’s debut run of shows in small clubs in May 2009 and it can be seen viewed below.

The band recently released an official video for Divine Termination, their first new song in five years, which is also included on the album. It can be viewed here.

Best + Live includes over 90 minutes of live music – for the first time released on CD.

Both the extra CD “live” and the bonus tracks on the best of feature a 13 song strong set list including almost every song from Chickenfoot’s debut album as well as Sammy Hagar’s old Montrose classic Bad Motor Scooter, The Who’s My Generation and Joe Satriani’s interpretation of The Star Spangled Banner – all recorded live in Phoenix 2009 and available for the first time on CD (previously only available as video on the DVD/Blu-ray Get Your Buzz On.

The group’s last album, Chickenfoot III, debuted at #9 on the Billboard 200 when it was released in 2011. 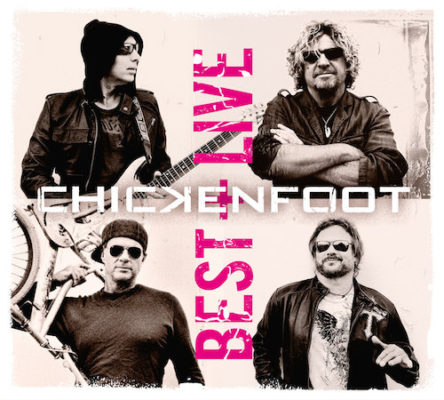