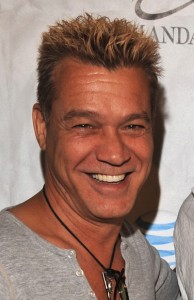 The Van Halen News Desk has released a never heard before instrumental of Van Halen’s Big Fat Money. Listen to it below.

According to the Van Halen News Desk, the solo was recorded on a Gibson ES-335 through Eddie’s Marshall amp. Van Halen was reportedly fooling around with some suggestions Bruce Fairbairn, while unbeknownst to him, Fairbairn was taping his first attempt, and liked what he heard.

A lot of thought went into the coin sound at the end of the song. Everyone crowded around the recording console where they dropped quarters, dimes, nickels and pennies until they got the perfect sound.