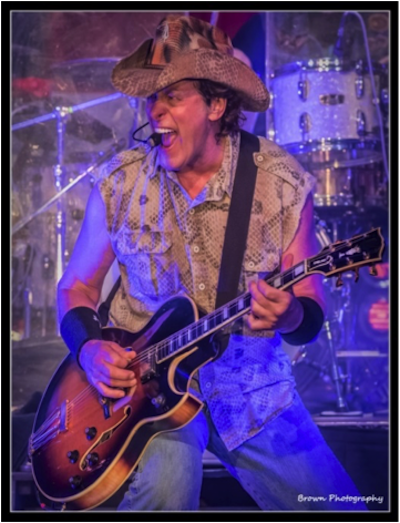 Ted Nugent has slammed the Rock And Roll Hall Of Fame for failing to include him amongst its inductees.

In an interview with MyGlobalMind the veteran guitarist bemoans his exclusion and questions the “obscene” inclusion of pop and hip hop acts.

Abandon egos, bragging, and Ted Nugent speaking on behalf of Ted Nugent; is it or is it not vulgar, dishonest, and obscene that Grand Master Flash, Patti Smith, and ABBA are in the Rock & Roll Hall of Fame but Ted ‘F–king; Nugent isn’t?

Is that the most outrageous and disgusting lie you have ever seen?

Joe Walsh nailed it; he said, ‘It’s not music lover driven.’ He used the word fan, and it’s not fan driven. Its ultra leftist liberal CEO driven gang who couldn’t give a rat’s ass about the music. I’m not taking away from the 90% of the people in it. I genuflect at the altar of all those great musicians like my friends in Cheap Trick, Journey, ZZ Top, and KISS. They all deserve to be in there.

I would like you to find a human being and walk up to, look at them eye to eye and believe them when they say Ted Nugent should not be in the Rock & Roll Hall of Fame. I would love to witness that exchange, you would see a person almost melt with guilt because you know they are lying.

At the end of the day it’s not about me it’s about the music. James Hetfield said it best when Metallica was inducted, ‘Ted Nugent not being in the Rock & Roll Hall of Fame is a joke; Ted Nugent is Rock & Roll!'”

David Crosby, a twice-inducted member of the Hall Of Fame (once with The Byrds, once with Crosby, Stills & Nash), responded on Twitter, saying Nugent, “could not write a decent song if his life depended on it”

Last year, Nugent claimed it was his membership of the National Rifle Association that kept him from being nominated, to which Crosby replied, “No, the a–hole simply isn’t good enough.”