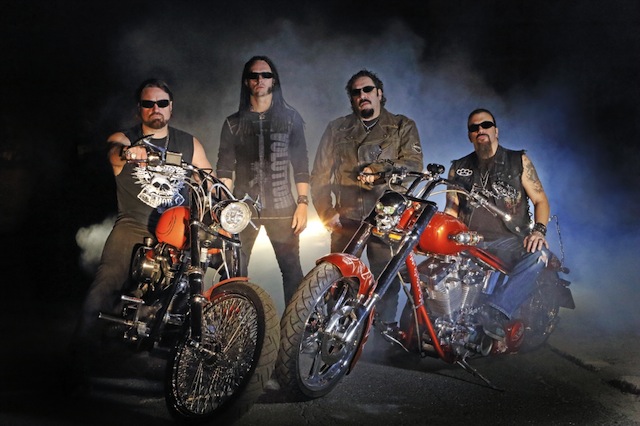 One person was killed and six others injured Friday afternoon when a tractor-trailer veered off Interstate 75 and struck Adrenaline Mob’s RV, which had pulled off the highway with a flat tire.

Marion County firefighters were dispatched at 12:24 p.m. The accident was on the southbound side near Micanopy.

At the scene, a sound man for the band. said the metal group was traveling in the RV and a van that was pulling a covered trailer.

A total of nine people were in the vehicles. One died, six were taken to area hospitals, and the other two declined medical treatment. Of the six injured, three were listed in critical condition and the other three in stable condition as of Friday evening. They were taken to UF Health Shands Hospital and North Florida Regional Medical Center.

The truck driver declined comment to a reporter. The driver was traveling from Atlanta to Orlando. It’s unknown if his trailer contained any cargo. The side of the truck said Twiss Transport, Inc., Largo.

The FHP was still investigating Friday evening. So far, troopers believe that the RV and the van, which was pulling the enclosed trailer, had pulled off southbound I-75 onto the west shoulder. The van and the RV were traveling together. The RV had a flat tire, so both vehicles pulled off the highway.

The truck driver, for unknown reasons, veered off I-75 and struck the RV, which caught fire, the patrol said.

Marion County Fire Rescue officials said they arrived at 12:38 p.m. The fire was under control at 12:54 p.m. Firefighters from multiple fire stations throughout the county went to the location. Fire officials said a group of registered nurses from Shands stopped at the scene and provide aid to the victims.

Robert Dressler was one of the people who had been riding in the RV. He is the sound man for Adrenaline Mob, which was en route from Biloxi, Mississippi, to St. Petersburg, where it was scheduled to perform Friday night at the State Theater.

Dressler said he heard a “boom” when the truck hit the RV. He was in a bunk at the time.

As of 6 p.m. Friday the patrol had not identified the deceased or the injured. They said only that the deceased is a man and had been in the RV. He was pronounced dead at 12:42 p.m. The injured include band members.

Marine Lance Cpl. Patrick Dumon was northbound on I-75, headed from Tampa to Gainesville, when he came upon the accident scene. He told a reporter that he ran over and pulled the RV driver out of his vehicle. He administered first aid and kept talking to the man, who said his name was Jason, while waiting for emergency crews to arrive. He learned that Jason himself was a retired Marine.

The Alachua County Sheriff’s Office issued an alert for motorists, informing them that southbound traffic was being diverted at Micanopy. They urged drivers to use an alternate route. At 2:26 p.m. one southbound lane was re-opened.

JOSH TODD & THE CONFLICT PREMIERE A “F–CKED UP” NEW VIDEO ›