Tremonti is back with their sophomore release Cauterize that is slated for release on June 9th via Fret 12 Records. The album features Mark Tremonti on vocals/guitars, Eric Friedman on guitars, Wolfgang Van Halen on bass and Garrett Whitlock on drums. The album showcases that Tremonti is back to pick up where they left off with their successful 2012 debut, All I Was. Cauterize was produced long-time friend and collaborator, Michael “Elvis” Baskette.

“We are extremely excited for the fans to hear this album,” states front man Mark Tremonti. “We feel it is our best work to date.”

From the first riffs of album opener Radical Change to the final notes of the epic closer Providence, it is apparent that Mark Tremonti is at a whole new level with his songwriting. His hard rock/heavy metal influences shine throughout the album on songs like Flying Monkeys, Arm Yourself and Sympathy. The debut single from Cauterize is the up-tempo track Another Heart. The song was recently released on iTunes where it shot to the Top 5 of the iTunes Rock Singles Chart and is available here.

A lyric video was also recently released and can be heard below.

The track listing for Cauterize is:

Tremonti will be hitting the road in support of the new album. The band will be touring around the globe without bassist Wolfgang Van Halen due to the recently announced Van Halen tour.

“I am still part of Tremonti and very excited for the release of Cauterize, but unfortunately am unable to participate in the upcoming tour dates, both in the States and overseas due to my prior commitment with Van Halen for the upcoming summer tour in support of the Tokyo Dome Live In Concert album,” states bassist Wolfgang Van Halen. “Look forward to seeing all of the Tremonti fans on the road as soon as my schedule permits!”

The upcoming tour kicks off in the United States in April before heading over to Europe in June. The band will be making stops at some of the largest festivals in the world including Welcome To Rockville, Rock On The Range and Download Festival. Tremonti will be opening some dates for Seether while simultaneously headlining shows in the United States. 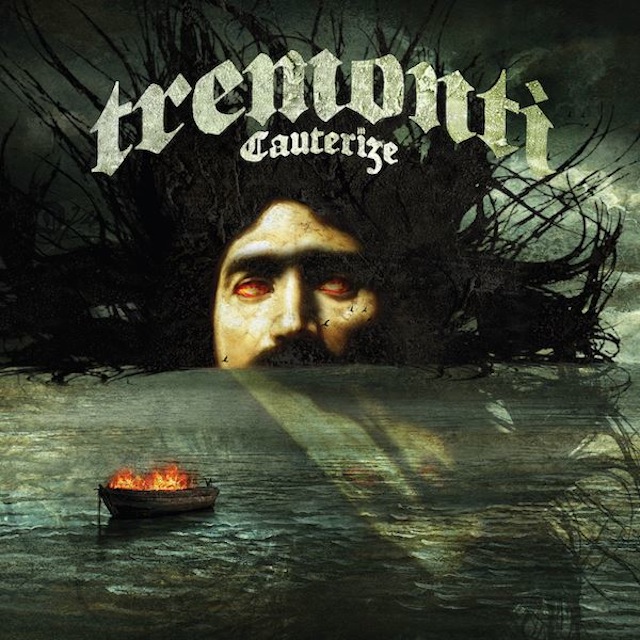