Anthrax’s live DVD Chile On Hell is set for release on September 16th. See the trailer below.

Spencer Kaufman of Loudwire/Noisecreep spoke with Anthrax guitarist Scott Ian about the release. The interview appear in its entirety below.

Loudwire: With the DVD Chile on Hell set to come out in September, what can you tell us about the performance that made it so special?

Scott Ian: Going in, we didn’t know what our performance was going to be like. You never know, that’s the thing about doing these kind of DVD shoots. The only thing we were able to have a guarantee on was how great the crowd was going to be, that’s why we did it in Chile. That’s the point of the whole thing, the last few times we had played in Santiago, the shows were so incredible! We thought, at some point, if we do a DVD to document this Worship Music cycle, we’re going to do it in Chile.

We haven’t done that many live DVDs, or live videos from back in the day. We did the one in 1987 and then there was Live Noise in the early 90s, then one from the reunion tour in 2005, 2006. So, this being the fourth time we’ve ever done this, it’s by far the best representation of seeing us live. Nothing will ever replace coming to a show and being a part of the experience, but if you’re sitting in your living room watching us with the speakers cranked, it’s the closest thing you’re going to get. The energy is captured by the cameras and the mics. I’m happy with it. I think it definitely represents what we do as a live band.

Loudwire: We hear a lot of metal acts say there’s nothing quite like the crowds in South America. What do you think it is about those concerts that set them apart from the rest of the world?

Scott Ian: It just comes down to it being more important to them — any time you have people that are so passionate about something, whether it’s music, food, movies, whatever. It’s because they have to work harder for it and they have to sweat a little more. The point I’m making is, in South America, people don’t make as much money as people in America do. They also don’t get as many shows as a city like New York. It’s not like you know a band is going to come through three times on a tour. Bands go to South America once every few years.

These people will save their money to come see Anthrax, it’s something like — and we’re not even an expensive ticket — that might be a month’s salary to come see us. To me, that means how passionate you are to spend what comes out to be a month’s salary to go see a metal show. You’re sweating a little bit harder to go see that. I think that’s why when people come to those shows, it’s just such a release for them. Such an amount of energy being released in that room when bands are going down there.

Look at Iron Maiden on a completely different scale going down there. People saving their money for months to go see an Iron Maiden concert or saving their money to see AC/DC. Then you watch those DVDs and go, holy crap — I’ve never seen anything like it. People have to work so much harder for it. I think that passion really comes out when they come see the bands play.

Chile on Hell is available for pre-order at Amazon. 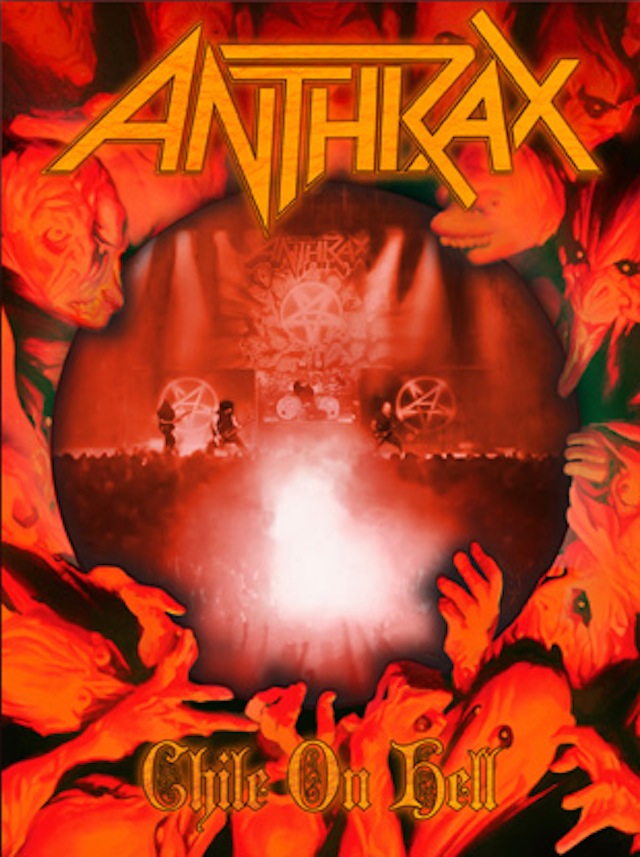