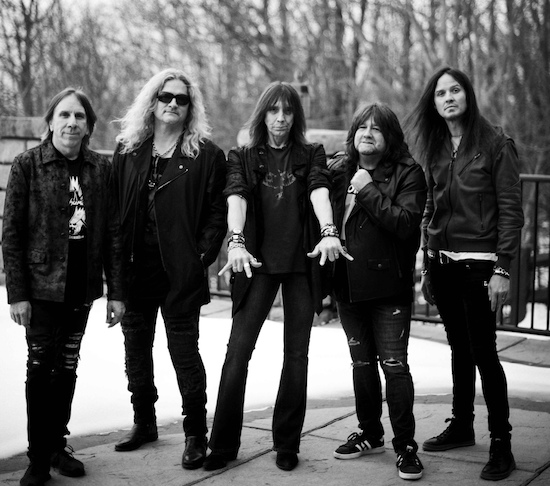 Tesla has released a new single, Time To Rock!. The official music video for the song will make its online debut on August 9th, but in the meantime, the song can heard, below

Tesla is currently on the road with their Let’s Get Real! tour, remaining dates are as follows:

Tickets can be found here.

Tesla will also be appearing on 2023 the Monsters of Rock cruise, more details can be found here.

In late August, the band released the official music video for its brand new single, Cold Blue Steel, which can be heard, here.

In September, drummer Troy Luccketta announced that he would “take a little time from the road” to spend with family and friends. He was temporarily replaced at the band’s gigs by Steve Brown, the younger brother of former Dokken drummer “Wild” Mick Brown.

‹ WHITESNAKE PULL OUT OF THE “ROCK BELIEVER” TOUR, WITH THE SCORPIONS, DUE TO DAVID COVERDALE’S ONGOING UPPER RESPIRATORY INFECTION