VH1 Classic’s centerpiece in original programming That Metal Show returns this week with the fourth episode of Season 13 on Saturday, February 8th at 11:00PM ET/PT. T

he acclaimed hard rock/heavy metal talk show, hosted by Eddie Trunk, Don Jamieson, and Jim Florentine invites American rock legend Ted Nugent to take center stage with an in-depth interview discussing Ted’s influences, musical history, and how he avoided the usual pitfalls of the music industry all these years. This week’s musical guest is Surfer-Rock guitar riff master, Gary Hoey. The usual fan-favorite segments return in this week’s episode including the TMS Top 5 Ted Nugent songs, Put It On The Table, and a Stump The Trunk that has Eddie reeling from this week’s questions. The episode also features a Metal Modem segment with TMS alum, Biff Byford of the metal band Saxon, who checks-in to update the guys on Saxon’s upcoming plans. This week’s Throw Down is pre-empted and replaced by a surprise guitar performance by none other then the legend Nugent himself. Ted jumps up and showcases his signature playing style that made him famous for over 40 years.

Since the January 18th premiere of Season 13, That Metal Show continues to bring their audience the biggest names in hard rock and heavy metal. A number of guests have been confirmed for the upcoming episodes including Myles Kennedy and Mark Tremonti of Alter Bridge, Randy Blythe and Chris Adler of Lamb of God, and The Winery Dogs. Also confirmed to appear during Season 13 are Mick Mars of Mötley Crüe, original Kiss members Ace Frehley & Peter Criss, guitar genius Joe Satriani, Mick Jones of Foreigner, Leslie West of Mountain, and Vinnie Paul formerly of Pantera. Other guests are still being confirmed at this time with more to be named at a later date.

Known for having the best musicians in music perform each week on That Metal Show, Season 13 continues the trend with the likes of these TMS alums: metal master Anthrax drummer Charlie Benante, Charred Walls of the Damned drummer Richard Christy, female guitar legend Lita Ford, Cinderella front man Tom Keifer, and the guitar virtuoso, Yngwie Malmsteen. Each and every one will make the new season the most musically diverse collection of shows in That Metal Show history. 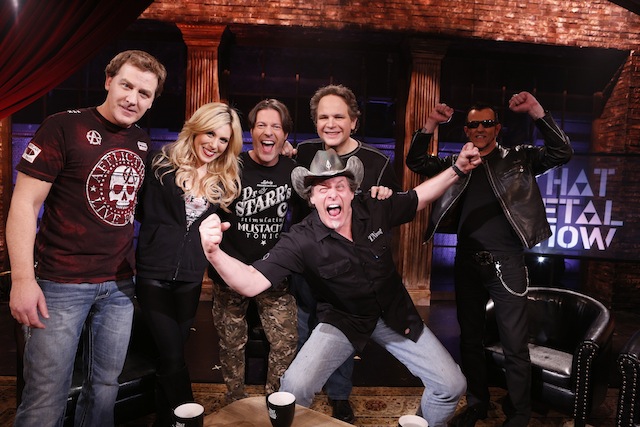