The world heard a new version of the Aerosmith classic Dream On during the Spring 2014 premiere of ESPN’s award-winning news magazine show, E:60. Recorded in Los Angeles in early April, the song features Steven Tyler and Joe Perry, who are joined by the Southern California Children’s Chorus on this arrangement of Dream On (Boston Strong 2014). The song will be released today (July 31st) as a single trhough iTunes. In a powerful moment at last night’s Aerosmith concert at The Forum, in Inglewood, CA the band surprised the audience by bringing the Southern California Children’s Chorus on stage to perform this special rendition of Dream On (Boston Strong 2014).

“The tragedy that took place during the Boston Marathon was unfathomable, but Boston is incredibly resilient and became even stronger. I am so honored to release this version of “Dream On” and to be able to have had the Southern California Children’s Chorus perform with us last night was a beautiful moment, a true gift from up above,” says Steven Tyler.

“The heinous act that took place during the Boston Marathon which shook not only the city but the world and touched us all demanded a positive response,” Joe Perry said. “Boston Strong was that response and gave an example of our city’s inner strength. I would like to think that the strength of our performance on ‘Dream On’ last night with the Southern California Children’s Chorus in LA at the Forum was another rallying point for the goodness in all of us.”

Dream On (Boston Strong 2014) debuted Tuesday, April 15th on E:60 Presents Dream On: Stories from Boston’s Strongest, a special hour dedicated to the one-year anniversary of the Boston Marathon bombings. The show presented five stories of survivors, narrated by celebrity voices of Boston At 2:49 PM, on April 15th, 2013, as scores of spectators cheered on the Boston Marathon runners approaching the finish line, two hand-made bombs exploded. In a split second, the lives of hundreds of people were forever changed. E:60 presented a special program remembering the lives lost and paying tribute to those who survived, their journeys of perseverance, courage, strength and love in the past twelve months. Watch some clips from the special below:

In July, Aersmith embarked on this summer’s definitive rock experience, the Let Rock Rule tour across North America with Slash. The tour kicked off Thursday, July 10th at Nikon at Jones Beach Theatre in Wantagh, NY making stops in Boston, MA. (Xfinity Center), Los Angeles, CA (The Forum) and San Francisco, CA (Sleep Train Pavilion) among other cities, before wrapping Friday, September 12 in Sydney, NS, Canada (Open Hearth Park). These dates follow the band’s overseas portion, which began May 17th in Sofia, Bulgaria, and hit numerous countries including stops in Russia, France, and Germany before ending on June 28th in the U.K. 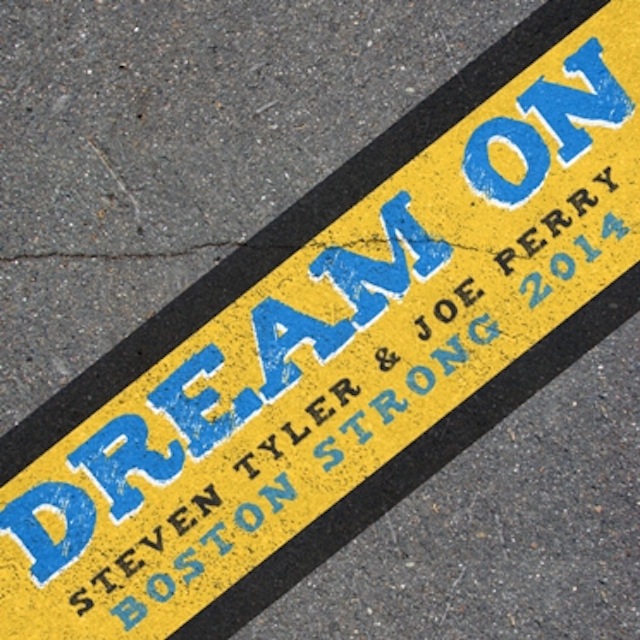