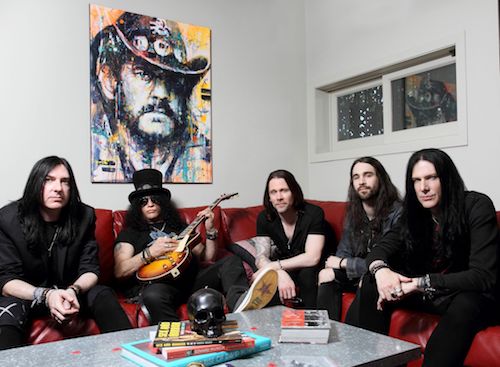 Slash Ft. Myles Kennedy And The Conspirators have unveiled the new song Mind Your Manners, off their new album titled Living The Dream out on September 21st via Slash’s own label Snakepit Records, in partnership with Roadrunner Records. The new song follows the release of first single Driving Rain now the highest charting radio debut of SLASH’s solo career cracking Top 20 at Rock radio with a climb to #17 this week. Driving Rain has already generated well over 1 million streams. Listen to Driving Rain here and Mind Your Manners below, purchase the songs digitally here and pre-order Living The Dream here.

Slash describes Mind Your Manners, “I wrote this song on the spot to help the band get up and running once we got back in the studio this past January. It’s just a go-for-it type of song. Pretty straightforward rock and fun to play.” Myles Kennedy adds “Mind Your Manners was something I didn’t hear until the guys had started jamming together. It’s a cool, up-tempo sort of thing and I knew immediately it would have its own place on this record. Lyrically, it’s about how when things are going well there always tends to be someone who tries to rain on your parade and knock you down. You have to keep people like that in check and not let them get to you.” 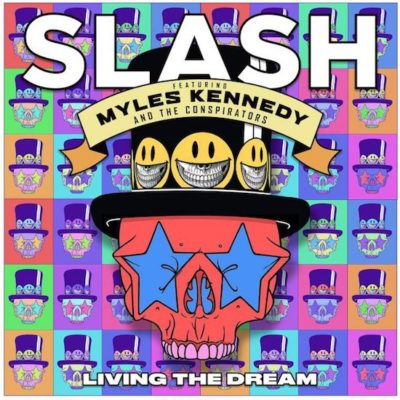 ‹ MR. BIG’S ERIC MARTIN ON THE FUTURE OF THE BAND, “WITHOUT [DRUMMER] PAT TORPEY THERE’S A HUGE EMPTINESS”