MR. BIG’S ERIC MARTIN ON THE FUTURE OF THE BAND, “WITHOUT [DRUMMER] PAT TORPEY THERE’S A HUGE EMPTINESS”

KNAC.COM: I don’t mean any disrespect, but you’re promoting ‘another’ live package. This one is titled Live From Milan and it’s available as a double CD set with a DVD or Blu-Ray and vinyl. Mr. Big has several live packages out there, some domestic and other as imports. When you get approached about recording another live album, do you have to think about it much?

MARTIN: You’re right, we do have a lot of live records out, they’re different. I think the last one we did was another one of those live at Budokan records, which was at this huge gig. When we recorded Live From Milan we were on a non-stop tour, I remember that it was unusually hot and that I was having to catch my breath a lot because of the heat. This record is really raw, loose and fun. You can hear that on the record, you have Paul [Gilbert] and Billy [Sheehan] doing their guitar and bass pyrotechnics. I would forget that we were getting filmed and I’d think to myself “Oh, there’s a camera, now I have to perform for the camera too, not just the people!” [laughs] I have to add that Matt Starr, our sub drummer did a fantastic job. It wasn’t just the four of us it was the five of us; Pat would sit in to help with background vocals and do some percussion on his “cocktail kit.” I have to add that this performance isn’t super tight or perfect, but it’s a fun performance. I don’t know if it’s “magical” or not but there certainly a lot of fire in that performance. If you know Mr. Big, there’s a lot going on—it’s like “musical chaos.” [laughs]

KNAC.COM: Live From Milan is made even more special because it’s a tribute and remembrance to [drummer]Pat Torpey [who passed in February due to complications from Parkinson’s disease].

MARTIN: [long pause] Yeah. You’re right though, I wish that it wasn’t his last recording for obvious reasons. I helped put the package together, I saw him in those photos, smiling and just having a great time. Pat was our anchor, it didn’t matter if we thought we were in dire straits, he was the guy that anchored us. Here was Pat, really weak, fatigued, we had a couple more weeks before we could head home. He really wanted to go home and rest, but like the true workhorse that he was we’d get to show time and he’d get pumped up. I would say something like “Where’d you get all this energy all of a sudden?!” And he’d respond “It’s showtime.” [laughs] On that tour we’d do Daddy, Brother and Pat would be off stage singing then he’d join us on Alive And Kickin’. I’d introduce him and here he’d come always with a smile and this positive energy. He was my rock. I’d be hot and miserable and I’d look at Pat and I’d get to work and belt ‘em out.

When I was looking back at the DVD it brought back a lot of great memories because there was Pat singing the songs and his voice. Pat had a voice like Paul McCartney, his vocal stands out in the mix, more so than Billy or Paul or even me at times. [laughs]

KNAC.COM: With the passing of Pat, where does that leave the future of Mr. Big?

MARTIN: Well, as you know I do a lot of solo shows, I play solo acoustic shows anywhere from Moscow to Hood River, baby. [laughs] Billy has Sons Of Apollo and The Winery Dogs, great bands and as you know has also has a solo career and he’s working on a new album now.

We are doing some touring this summer; we just got back from Australia, Thailand and China. We did some shows with Extreme and it went over wonderfully. I don’t know why we didn’t think of that earlier? We’re heading to Europe to do the European festivals, which should be fun. I’ve been home for about a week, but it hasn’t been tilL the past two days that I’ve been reflecting on Mr. Big. I’ve been working with my partner Andre Pessis who I’ve worked with throughout Mr. Big’s existence. We’re trying to get a jump on writing material for a “possible” Mr. Big album for 2019. That could very well be our last. We’re booked to do some touring in June of 2019. I’ll be honest, without Pat Torpey, the wind has been taken right out of me.

Billy would miss it just as much as I do, but he’s got enough stuff to keep him busy. Paul would probably love to get off the road, stay home and make solo records. We’ve been in this band for 30 years now, but without Pat Torpey there’s a huge emptiness. I don’t think we could find an equivalent to Pat. It’s impossible. I suppose there’s a chance that Billy can talk me out of it, but right now, I just don’t know.

KNAC.COM: Mr. Big’s biggest hit, To Be With You is the antithesis of the bluesy, soulful, hard rockin’ sound which the band is known for. How do you feel about the song now? And who or what was the inspiration for the song since you brought that song to the band?

MARTIN: I wrote the nucleus of the song when I was 17 years old. I wrote it about this girl that I really liked, she only wanted to be friends. I was like, “But we get along so well. Let’s ruin it by falling in love.” [laughs] I carried that song idea in a gym bag full of cassettes with song ideas for the first album. I carried that along for years. I remember we were writing some songs and I remembered I had To Be With You on one of those cassettes. Paul and I were talking about our love for The Beatles and to me To Be With You has The Beatles written all over it, so I played it for him. He loved it. He played it for Billy who also liked the song. It wasn’t brought up again until we were working on Lean Into It. Billy mentioned to [producer] Kevin Elleson that I had this great ballad he should listen to. Kevin loved it and suggested we get that on the record. We weren’t concerned that it was a departure from our sound. As you know when radio and MTV got a hold of it the song blew up. I don’t think that was a bad thing. We beat out Michael Jackson, Right Said Fred, then the pressure started to build. I remember thinking to myself “Oh my God, I hope we can sustain this?” Once the song started to slowly move from the top of the singles chart the pressure was off. Though it started its decline that song was on the singles chart for months.

That song changed our lives, we became headliners playing at Denver’s Auditorium Theater. How’s that for an oxymoron for you? [laughs]. Anyway, we could look out into the crowd and we’d see the hardcore fans that had been with us since the first record, but there were more girls and couples out there. We would open with either Addicted or Daddy, Brother and the look on their faces was that of “what the hell is going on?!” [laughs] They thought they were getting a full show of the To Be With You band! [laughs]. 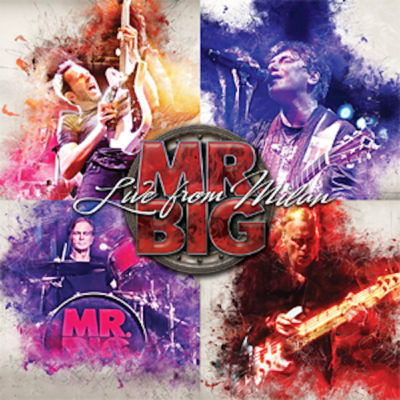