SKID ROW’S DAVE “THE SNAKE” SABO ON FORMER SINGER SEBASTIAN BACH: “I WISH HIM ALL THE BEST” 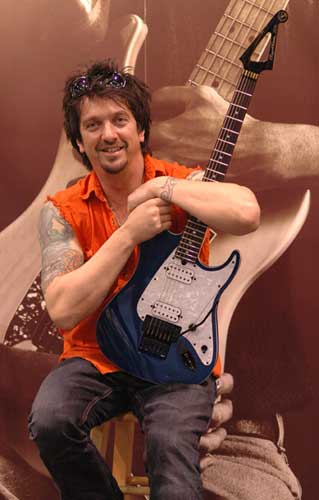 Skid Row guitarist Dave “The Snake” Sabo was a guest on March 25th edition Eddie’s XM show, Eddie Trunk Live. Portions of the interview appear below as transcribed by blabbermouth.net.

“Basically, in all honesty, it just didn’t work out anymore. It worked for awhile, and then it didn’t work. I’ve always said this: he’s a great singer, a great frontman. The two of us, or maybe all of us, stopped getting along.

I’ve always been the one, personally, that I live my life a certain way where if it’s not fun anymore and not enjoyable, I have to get away from it. Life is too short — I want positivity in my life — and I’m sure he felt the same way. I think that we just got to a point where we did what we would do up until that particular point and it was time to go different ways.

I have no animosity towards him whatsoever, I wish him all the best, I hope he does wonderful things; he’s done well for himself. But, for me, my main focus is right now, with Skid Row. I have a relationship with the other four members in my band that I’m really proud of and really happy of, and I’m happy to be creating new music and promoting it.”

Speaking about being photographed hanging out with Bach on October 15th, 2012 at the Duff McKagan’s Loaded concert at the Viper Room in West Hollywood, California (see below):

“In all honesty, it wasn’t a bad thing [seeing Sebastian]. The situation was Duff McKagan was playing, and I manage Duff, and so I was at the show. A person from my office, that works with me with Duff, had told me when I got there that Sebastian was there with his girl. And I was, like, ‘That’s cool. Whatever. If we see each other, great.’ Again, I have no animosity. I don’t have any ill will or anything like that; that’s just not my nature. Man, I love life too much to carry that with me; it’s a burden and it weighs you down and I don’t want that.

So when he happened to be standing by the dressing room, I was inside the dressing room, and we saw each other, we kind of walked over to each other, shook each other’s hand. And it was good to see him. That’s not to say we’re putting the band back together or anything like that, but it was good to see him. I mean, he was cool — he wasn’t over the top or crazy or anything like that. I mean, he had his girl [with him]; she was very nice. We talked for about ten or fifteen minutes, and I told him about what was going on with my personal life as well. And that was really the extent of it. I told him I was happy for him, whatever he was doing, going out and touring and making new music, and it really didn’t go beyond that. Except for taking the picture, which, of course, in this day and age, you put that out there and it just uncovers tons of speculation and [talk about] ‘what could be?’ [and] ‘what might be?’ … whatever. But, to me, it was just…

I’ve never ran away from our past at all — I embrace it, I think we have created some amazing stuff together throughout the first ten years of the band, but there’s also… I’m in this band here and now, and that’s what I concentrate on.”

On how he and his fellow Skid Row bandmates, including current singer Johnny Solinger, cope with Sebastian Bach’s name always being brought up in connection with the group:

“I think that at the very beginning, when Johnny got in the band and that same sort of question was posed, but it was posed in, ‘How do you fill your old singer’s shoes?’ And he was, like, ‘I wear my own shoes.’ And that’s kind of the approach that we’ve taken all along.

No one wanted Johnny to be, or attempt to be, Sebastian No. 2. I mean, Sebastian is his own entity in his own right, and Johnny is as well. I’m actually pretty amazed that after all this time, people still talk about it; I mean, it was a long time…

Again, I look at all of it as a blessing. I mean, I look at those records we made with Sebastian as a blessing. I look at the music and the records that we’re making with Johnny in the same light. We might not sell the same amount of records, obviously; it’s a different day and age and we’re a lot older. But I’ve always predicated my life on how much happiness I get out of what I do.

I’m not one to sit there and partake in things that are gonna be detrimental to my happiness; I won’t do it. And I’ve walked away from stuff… I walked away from the Skid Row thing where we were making a lot of money, and I just said… And a lot of people felt the same way, in the band and outside of our band, business [people that we were working with], that it just wasn’t fun anymore; it lost a lot of its… well, you lose the innocence, but it lost a lot of the fervor, just the fun of creating. We became different people. Success will do that to people. Adversity will do that to people.

People say adversity builds character. I think that’s bullshit. I think adversity reveals character. And so when that character is revealed, and when you’re down in the trenches, then you get to know each other on a real level, man, and you realize that, maybe we’re not that compatible, maybe we had a moment in time, and we should be thankful for that moment in time, but now that time has passed and it’s time to move on.”

Skid Row’s new release United World Rebellion – Chapter One is the first of three plus EPs that will be made available over the next 18 months.

Release dates are as follows: 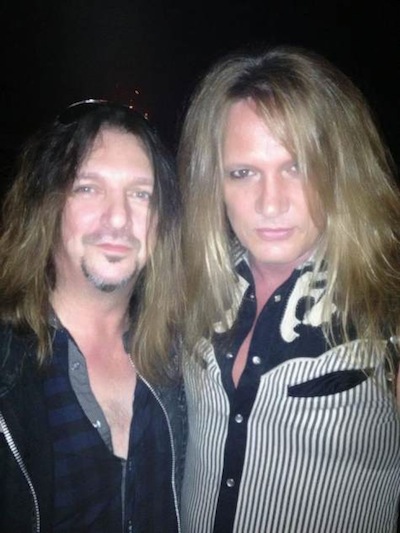 PORTNOY, SHEEHAN AND KOTZEN BECOME THE WINERY DOGS AND LAUNCH A FACEBOOK PAGE ›