SKID ROW BASSIST RACHEL BOLAN DISCUSSES SPECULATION THAT HE IS THE REASON THE BAND HAS NOT REUNITED WITH SINGER SEBASTIAN BACH, NOR DRUMMER ROB AFFUSO, “I LOVE THE FACT THAT THEY THINK I WIELD THAT KIND OF POWER” 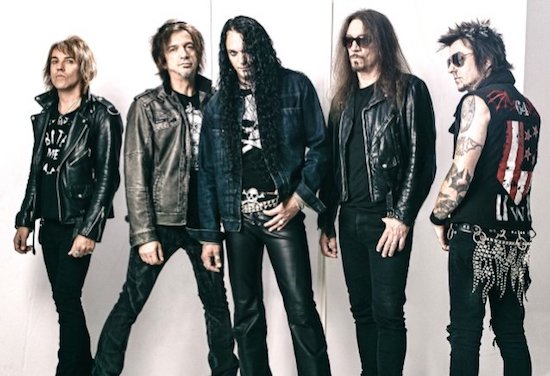 Skid Row bassist, Rachel Bolan, was a recent guest on Eddie’s Sirius/XM show, Trunk Nation. Highlights from the discussion appear below [via blabbermouth.net]

Discussing the band’s tour plans, Bolan said, “Next year, we have a world tour that’s scheduled. Hopefully it happens. We’re just seeing if this pandemic [subsides]. We’re not gonna put any of our fans in danger, we’re not gonna put ourselves in danger. But the plan for next year is a 30th-anniversary Slave To The Grind tour. Like I said, a world tour is planned. We’ll do the album in its entirety, and then we’re gonna do a bunch of stuff to coincide with it. We’re pretty psyched, and the shows are booked. We’re keeping our fingers crossed that everything is gonna come to pass… It’ll be cool, to go out there and do Slave To The Grind top to the bottom. That’ll be fun.”

He explains why the band did not celebrate the 30th anniversary of their self titled, debut release, by stating, “the timing didn’t really work out. We had so much other stuff planned, and then all of a sudden, boom, it was here. Maybe down the road [we’ll celebrate it]. Maybe [for the] 40th [anniversary]. [Laughs]”

Bolan also addressed the constant speculation, that he is main reason the band has not reunited with either singer Sebastian Bach, nor drummer Rob Affuso. The bassist explains, “Well, it’s not just me, obviously I love the fact that they think I wield that kind of power. [Laughs] We’re happy with what we’re doing, man. And just talking about it gets so old. It’s, like, all right, I get it. However, this is Skid Row. So enjoy us or forget about us. That’s where we’re at. We’re putting together a new record, we’re writing new songs, and Zee [current singer ZP Theart] is the man, and Rob Hammersmith is our drummer, and he kicks ass. So, I don’t know what to tell people. At this point, it just gets so old where you can probably hear my eyes rolling. And that’s the way it is… We’re going out. This is Skid Row. We’re gonna play a Skid Row record and celebrate the anniversary of it.”

In related news, Skid Row recently announced that they have signed with Round Hill Music.