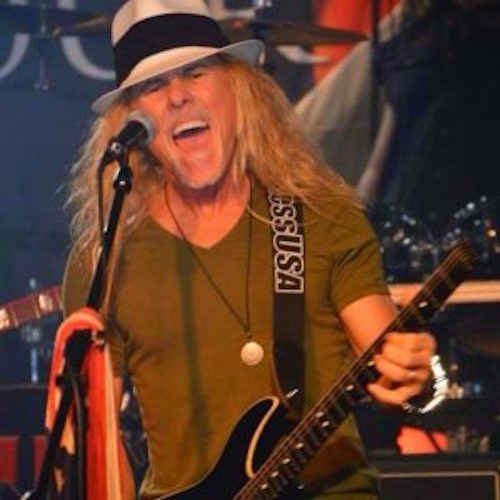 Ruben Mosquedaa of Sleaze Roxx spoke with Tod Howarth (Ex-Frehley’s Comet and current Four By Fate Frontman). Excerpts from the interview appear below.

Sleaze Roxx: You’ve kept in touch with John Regan over the years and you’ve put together Four By Fate.

Tod Howarth: Yeah. John and I kept in touch after my departure from Frehley’s Comet. He went back to playing with Peter Frampton and he’d invite me to the shows to hang out with him when they played in San Diego. My wife and I would go to see him. We’d talk and always talked about playing together again. Of course, it would have to be on a grander scale that just “one offs.” We had been toying around with doing a 25th year anniversary show and at the same time, we were asked to be part of a KISS cover compilation for charity (hospice). The original line-up was John, myself, drummer Stet Howland and guitarist Shawn Kelly. John and I were happy to play together, but we’d only do it if it was fun. It might seem like Four By Fate has come together quickly but we’re coming up on four years as a band.

Sleaze Roxx: Relentless is a hard rock record with a modern edge to it. I think the album is set up nicely with These Times Are Hard for Lovers and Moonshine (see lyric video, below). The latter having a southern rock vibe to it; which was surprising.

Tod Howarth: Oh, I agree. I love Moonshine. That was written by our guitarist Pat Gasperini who had that when he came to the band. I heard it and I was like “We have got to use that!” These Times Are Hard for Lovers was written by Desmond Child and John Waite and it was on John Waite’s album Rover’s Return. I think John [Regan] played bass on that song. When John [Regan] brought that song to the table, I wasn’t sure if it was going to work or not. I loved the song, I loved John Waite but I just didn’t know that it fit with the rest of the style of the record. John [Regan] kept insisting and I think it turned out great. Like you said, you listen to These Times Are Hard for Lovers and then you get smacked in the face by Moonshine. It’s like “Okay. What’s next?” [laughs].

Sleaze Roxx: Towards the midway point of the record, you added a new version of It’s Over Now” which you originally recorded with Frehley’s Comet on the Second Sighting record. Who brought up the idea to do that? Was it you or John?

Tod Howarth: [laughs] The latter was the right answer. It was John Regan! He wanted to redo it. I was like “John. Let’s not!” He said “Well, I don’t think it got the proper attention that it should have.” I wanted to change a few things on the new version. We also have the late A.J. Pero playing on that. I wanted to “beef it up” a little bit more. I love bass guitar and drums. We had A.J. play on that who as you know was a monster. John has some serious bottom end and tone. I’ve always emulated that when I’ve done pre-production on records.

Sleaze Roxx: I have to ask; prior to his passing, was A.J. Pero in fact a full fledged member of Four By Fate?

Tod Howarth: Yes he was. What had transpired was that Stet [Howland] had gotten into an accident and we were turned onto A.J. We went into the studio and we “speed taught” him the songs. He had heard them, but hadn’t learned them, because we didn’t have a lot of time. We were in the studio with him for two days and cut those tracks. It was wonderful. We were in the car with him and he said “Hey, this hasn’t been announced, so it’s not official. Twisted Sister will be winding down.” He then said something like and I’m paraphrasing here “I wouldn’t mind being a part of this.” John and I looked at each other and said “Yes!” I mean to have a drummer like A.J. Pero in your band is incredible. So, at the time of his passing, he was set to record the rest of the album.

Sleaze Roxx: I’ve been revisiting the Frehley’s Comet records that you recorded. The debut album is fantastic. You sang on Breakout, Something Moved and Calling to You. What are your recollections of recording those songs?

Tod Howarth: My retention for certain things is pretty bad at times. I think after being a part of something for several years, my memory is a big blur. When I came into the band, the recording of the debut album was already in the process. I think when I came in, Breakout was already recorded and I was asked if I could add something to it? I said “Hell yeah!” The energy there was undeniable. I think you can hear on that album that Ace “really” wanted to do that record. This was his baby and it showed throughout the record.

Something Moved was one of the first songs that I submitted to them when I was asked to audition for the band. It was John Regan who had introduced the project to me and I flew out in between Cheap Trick tours. Eddie Kramer and John listened to the song and thought we could do something with it. If I recall John, Anton Fig and I tracked it. It was the three of us I believe. Then Ace came in and did the lead. I don’t recall him playing anything on there rhythmically.

Calling to You was a song by my previous band 707. It was called Megaforce. I didn’t really want to do that song, but Ace was intrigued by the fact that the song was titled Megaforce which was the name of the label that Frehley’s Comet was signed to. That was catalyst for doing that. I guess everything happens for a reason. We changed around the chorus, different lyrics, it’s the same melody. We had a good time recording that. I think it worked out well.

Sleaze Roxx: You then released Second Sighting with Frehley’s Comet. Eddie Kramer wasn’t on board for that. That album was a little more ‘soft’ and ‘radio friendly.’

Tod Howarth: Yeah, it was decided that we didn’t need to utilize Eddie Kramer’s services on that record. It was decided that we could do it ourselves with Scott Mabuchi who was Eddie’s engineer. The problem was that the LP was being rushed because we were at that time on tour with Iron Maiden and the label wanted to get product out. Well, the short of it was that Ace didn’t have a lot of songs or a lot of it together. He wasn’t prepared for the quick turn around. I was. I had a lot of songs so that’s how that came to pass.

In time, I came to find out that people loved the first album, they “liked” the second album or maybe they “tolerated it.” I think some thought too much Tod Howarth, some called is a “Tod Howarth solo record.” Never in my wildest dreams did I think “Okay great! Now I get to take over the band!” Who would do that? I’m not naive and stupid! It’s ACE’s band! I simply had songs to provide because we were in a pinch. I was looking forward to the third record and co-writing with Ace to get him to a ballsier, heavier direction. As you know, that never happened because everything went to s–t…

Sleaze Roxx: I remember reading the reviews for Second Sighting and them being mixed. I guess someone had to be the “fall guy: and I guess you were it in the eyes of critics and fans?

Tod Howarth: [Laughs] Of course! At first it hurt my feelings to a degree. I’ve learned to deal with it over the years. Listen, Ace is not a singer. He’s a better singer now than he was at that time. When we were recording the albums, he wanted to sing. He knew he needed to sing because the fans wanted to hear him sing. You have to give the fans what they want because that would translate into album sales. I think the fact that I sang on half of the record and he sang on the other half of the record, the fans weren’t too happy about it. So that’s how things transpired and I got blamed for it.

Sleaze Roxx: So when did things begin to go south with Frehley’s Comet?

Tod Howarth: We ran out of money on the Iron Maiden tour. We were broke. We had to go home to reassess what we were going to do next. Around the middle of 1998, it was brought to my attention that I wouldn’t be on the album and that Ace would be writing and singing all the songs.

There’s several things wrong with that statement which I won’t get into here. In the music industry, you make money from publishing, merchandising and touring if you’re in a big enough band. Well, if I don’t have any of those three, I don’t have an income. How am I supposed to survive? I have heard this millions of times — “Oh, Ace fired Tod.” Listen, Ace didn’t fire Tod — Tod quit! There was no future for me there so I had to bow out. So, after many attempts, I secured a solo deal though Simmons Records, oddly enough. It was right as the grunge thing was coming along so I got my ass kicked there. I was dropped and here comes Nirvana! [laughs]

Sleaze Roxx: You’d be open to a Frehley’s Comet reunion show I imagine?

Tod Howarth: Oh for sure, if nothing else for the fans alone. We’ve talked about it but we’ve gotten a tepid response from Ace. I feel that from a business standpoint, it would behoove Ace to do it. Right now, Ace has some things going where he won’t be paying much attention to a ‘Comet’ reunion at the moment. I don’t think. In fact, Ace lives right here in San Diego! I met up with him at a book signing years ago and he has my contact information but I haven’t heard from him. As I said, John and I would love to do it but it’s in Ace’s lap. He wants to do what he wants to do. Right now, my focus is Four By Fate.

For more information about Four By Fate, visit fourbyfate.com and facebook.com/FOURBYFATE 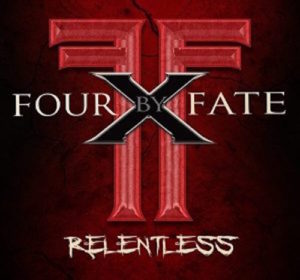 ‹ EDDIE TRUNK DISCUSSES WHICH FIVE ALBUMS HE WOULD HAVE ON A STRANDED ISLAND AND WHICH NAMES IN HIS CELL PHONE MAKE HIM SAY, “WOW!”