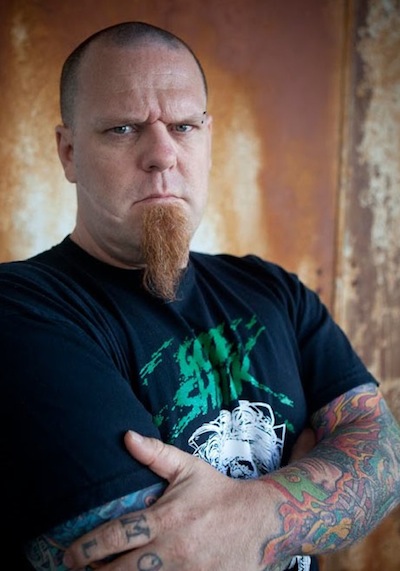 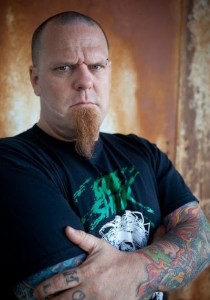 Former Hades guitarist Dan Lorenzo recently spoke with current Generation Kill vocalist Rob Dukes for Painful Pleasures’ website. Dukes, who most notably sang with Exodus has also been writing and recording with Darryl McDaniels from RUN/DMC. A portion of the interview can be read below.

Dan Lorenzo: How old were you when you got your first tattoo?

Rob Dukes: I was 17 when I got my first tattoo. Howie, a biker in Nyack NY had a shop, and I got a reaper which I covered up years later. We smoked a joint right before he started. I didn’t know anything about tattooing except I knew I wanted to be covered. I didn’t know any tattoo etiquette at the time. A month later I went to Larry Davis who was just starting out as a tattooer, and I starting learning the etiquette of getting tattooed.

Dan Lorenzo: Did anybody in your family object to it?

Rob Dukes: I was already living on my own at 17 so I didn’t have to answer to anyone.

Dan Lorenzo:How much more work can you get on your body?

Rob Dukes: I’m working on a full body suit and I’m over halfway there. Time and money, just time and money…

Dan Lorenzo: Were you the one who arranged for Bob Tyrrell to jam with Exodus?

Rob Dukes: When Bob jammed with Exodus, it was all my doing. Those guys were actually not happy about it. They thought the fans wouldn’t like it if Bob was up there with us. I thought the band took themselves way too seriously. It was fun as hell to bring up a friend to play with us. Bob told me it was one of the highlights of his life…and that’s awesome.

Dan Lorenzo: Now that some time has passed, any new thoughts on your dismissal from Exodus?

Rob Dukes: F–k those d-bags. I never have to talk to them again…or their managers, and that’s such a good thing. It’s like I cut a cancer out of my life…