BW: Let’s discuss your book, Honestly: My Life and Stryper Revealed. Did things come back to you that you hadn’t thought about in many years?

Michael Sweet: Oh yeah, definitely. And to this day, I’m thinking of things that should have been in the book. There’s so much that’s happened. I tend to focus on one thing at a time. It’s very difficult for me, I’m not a multi-tasker, so it’s hard for me to think of a hundred different stories. I’ll just think of one. But I did my best to just hit all the key points and all the stories that I felt people would want to know and want to hear. A lot of question marks over the years by fans, like, why did Tim not play on To Hell with the Devil and In God We Trust? What happened during Against the Law? We heard the rumors, but what really happened? Why did you leave the band? Why did you remarry so soon? All these things that people have really come at me with serious questions – deep questions – over the years, that I wanted to address. And that’s what I did in the book. But at the same time, tell my life story – from the time I was born until now. I talk about being arrested as a kid and a lot of things that people might not expect to hear from Michael Sweet.

BraveWords: I heard there is going to be an upcoming project with George Lynch, too.

Michael Sweet: It is going to be released on Frontiers. I was really blessed with the opportunity to produce it and to co-write it with George. It’s myself, George Lynch, Brian Tichy, and James Lomenzo. And that will come out roughly this time next year, maybe a little earlier.

BraveWords: And what is the name of that band?

Michael Sweet: We don’t have a name yet. It’s been a real difficult decision for some reason. I can’t tell you why. The good thing is we have probably five or six months to do so, so we’re all good.

BraveWords: Lastly, what is the current status of Stryper?

Michael Sweet: The current status is we’re very busy. We’re prepping for some touring. We’ve got a live album coming out in October or November on Frontiers. We are starting on a new album next year, I’m already writing for. We’ll start recording that in January/February. That will come out next year. And then the Sweet/Lynch album that’s coming out – that’s being mixed right now. So I’m juggling a lot of different stuff. I’m literally on the phone calling in mix tweaks while I’m going downstairs with a cup of coffee and putting in my in-ears and running through the set with Stryper. They’re all here at the house right now. So it’s just been a little crazy around here. And the biggest thing for me to overcome is I’m OCD, and I’ve got to keep cleaning toilets and picking up after people. I want to definitely get in the ring with some guys in the band right now! 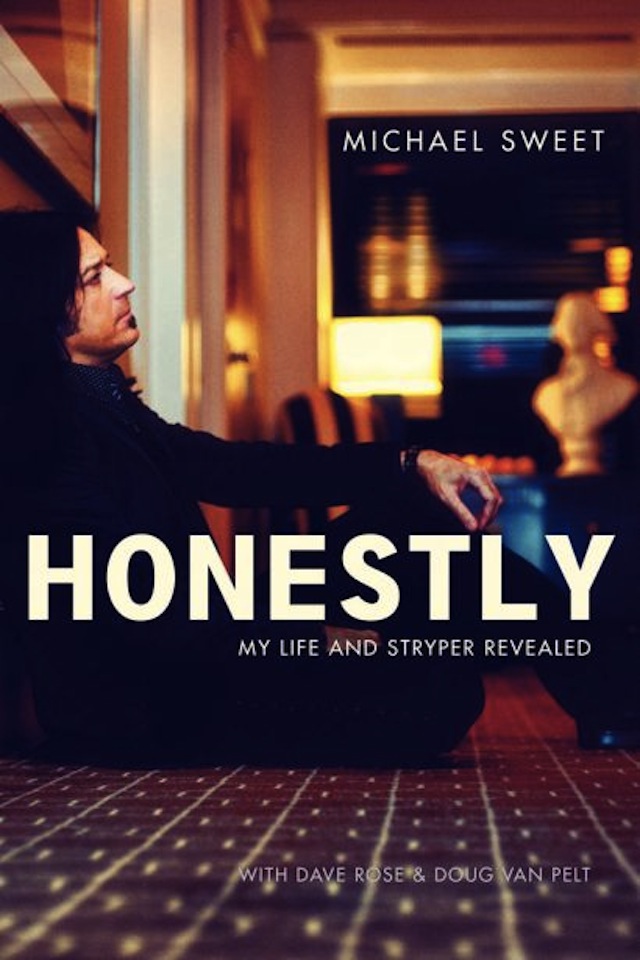