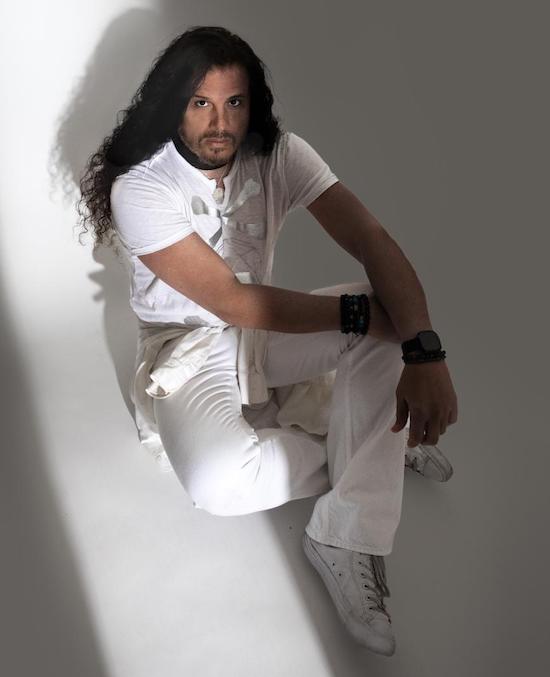 Ruben Mosqueda of KNAC.com spoke with singer Jeff Scott Soto, highlights from the interview appear below.

KNAC.com: I have to ask you about Sons Of Apollo, you released the latest album MMXX and were going to do an extensive tour of North America, but you headed to Europe. I think you did a handful of shows out there, before the pandemic broke. You called the tour after a few dates and if I recall, you barely made it back to the United States before things were locked down.

Soto: Yeah, we literally pulled the plug on this just as things were heating up. Trust me, we went back and forth on that decision. We thought about soldiering on…the decision changed at least 30 times during the course of 48 hours. Final decision was made when we were going from Europe over to Russia or somewhere else where it was a fly in date. All the dates would be flying in and dealing with all of these other countries etcetera. It was at that point that we thought we’d get stuck somewhere and we decided to do the right thing and go home.

KNAC.com: Sadly, the pandemic dealt a kick in the nuts, so to speak for the promotion of the record. You’re picking that up, though, right?

Soto: Oh, absolutely…for starters, the album will be two years old by the time we get back out there touring. One of the reasons that we didn’t go back and do something new, was because we wanted to stay on course. We had an album to support, it would have been a shame to not support it, even though time was ticking. It was becoming older, but it was a strong album and it would have been a shame not to tour behind it. I think that was the main reason why we didn’t start working on new material. I think we will be discussing that soon when we gather together for the South American tour.

Soto: It was mainly that Jason embarked on that side of his career, he felt that the whole Saigon Kick thing is passe and he doesn’t want to do the band thing anymore. He’s such a great songwriter. He came to the realization that he might be better suited at this point in his life, his career and age to do more of a stripped down singer/songwriter type of thing…

KNAC.com: You did some background vocals on some Saigon Kick stuff, so you guys go way back.

Soto:  I met Jason back when he was the touring guitarist for Talisman. He was on the first tour that we did. Talisman was not intended to continue at that point, we just went all our own ways. He then started  Saigon Kick, so he put the band together as a result of that. It wasn’t until two years after that, we got together and did the second Talisman record, which set the course for the next 17 years of the band.

KNAC.com: This ties in with The Duets Collection Vol. 1 album. I was surprised that he didn’t appear on the album. Is there a chance he’ll make the second volume?

Soto: One of the main reasons for the singers that I chose, they had to be some of my favorite singers and they’d have to be under the Frontiers umbrella, but I also wanted them to fit properly. Jason has such a unique voice, he’s best at doing what he does by himself for his music. There’s a lot of artists out there that are like that. [Y&T frontman} Dave Meniketti is one of them. I asked if he wanted to come and perform with us once. I asked if he wanted to learn a couple of our songs. He said, “Bro, I’m not really a covers guy. I’m just not good at interpreting someone else’s vision. I’d be good if we did a couple of Y&T songs. I’m good at what I do.” I totally get that. I don’t think Jason’s wheelhouse is within anything that I do. I’m sure if I really dug deep I could find something. The songs that were selected by myself and the label, I couldn’t find anything that I thought his voice would work on.

KNAC.com: …You’ve appeared on many [tribute albums] and you’ve done so many great renditions. Some of my favorites are your versions of Hush and Save Me. What’s your favorite rendition of a song?

Soto: That’s a difficult one, because I love all of my appearances on those tribute albums. I love those records and those songs. I got to work a lot with Bob Kulick, God rest his soul. He was always hiring me for those things, he knew that I would give it my all and that it wasn’t just a paycheck. I give you the vocal and I’m done. He knew that I would give it that little extra thing. I approached those records like I would my own. I wanted people to listen to the songs and enjoy them. I think the one that really stands out to me was the Van Halen one….

KNAC.com: So This Is Love?

Soto: Correct. I have a kind of a funny story behind that. I can’t do that trademark David Lee Roth thing that he does…you’ve heard it on all of those Van Halen records. It’s impossible.I don’t know very many people that can do that. He’s like the only guy that could do that, It was his own personal trademark. I can do it, but my voice has to be completely blown out [laughs] So check this out, I said yes to doing the song. I’m driving home from the studio and I’m going over the song and I’m trying to get those “yipes,” because I’m trying to get those on the song [as I] want it to be as true as possible. They weren’t coming out and I remember in the past when my voice was blown out after partying, not enough sleep, singing all night and I’d wake up the next day and my voice was trashed. That “yipe” happens even without trying [laughs] So, I went to try to hit a high note and that “yipe” happened! [laughs] On my way to the studio I was singing the whole way there, trying to blow out my voice! [laughs] I’m sure I scared a number of people on the way to the studio as I was trying to blow my voice out [laughs] When I blow out my voice it gets “gravelly.” When that happens it’s about as close as I can get to capture that David Lee Roth vocal. I was able to do those “yipes”. If you listen back to that, you’re gonna go holy shit, [laughs] You’re going to think it sounds like Dave. The only reason that I was able to do that was because I blew my voice out [laughs].

‹ 10/23: NIKKI SIXX SPECIAL TRUNKNATION FROM L.A., LIVE FROM CANCUN AT THE SANDS THIS COMING WEEK.

BASSIST DAVE ELLEFSON SAYS THAT THE CRIMINAL PROCEEDINGS AGAINST THOSE WHO POSTED SEXUALLY EXPLICIT VIDEOS OF HIM WITHOUT CONSENT, HAS BEEN “RESOLVED” ›