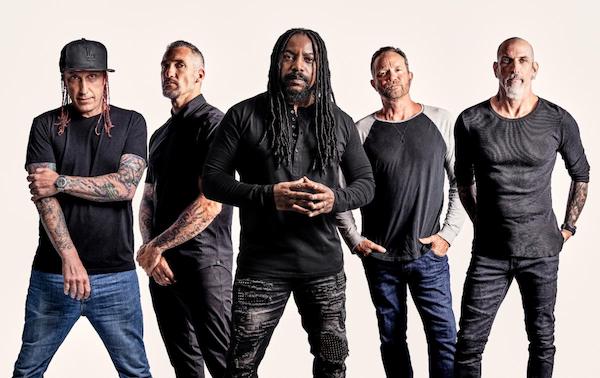 On the heels of the current single The Day I Tried To Live moving up the radio charts, heavy metal legends Sevendust are announcing their 13th studio album Blood & Stone. The new album is scheduled for release on October 23rd through Rise Records (the second for the band on the label). The latest release also marks the return for the band with producer Michael “Elvis” Baskette, known for his work with Alter Bridge; Tremonti; Slash; and others. Blood & Stone is available for pre-order in various configurations at RiseRecords.lnk.to/BloodAndStone.

From the pulsating intro of album opener Dying To Live to the now popular album closer The Day I Tried To Live, Sevendust continue to push the sound they have made their own for more than 25 years. Tracks like Love, Blood From A Stone, Kill Me and Against The World showcases why the band has been adored by fans and critics alike. Lajon Witherspoon, Clint Lowery, John Connolly, Vince Hornsby and Morgan Rose have raised the bar with Blood & Stone. The new music fits perfectly alongside with the bands most seminal tracks that have become the cornerstone of the band’s live performances.

The track listing for Blood & Stone is:

Recently, Sevendust impacted rock radio and unveiled a lyric video for their cover of the Soundgarden classic The Day I Tried To Live. The song is currently moving up the charts and the reaction to the track has been overwhelmingly favorable to the unique interpretation the band put on the classic track. The video can be seen below.