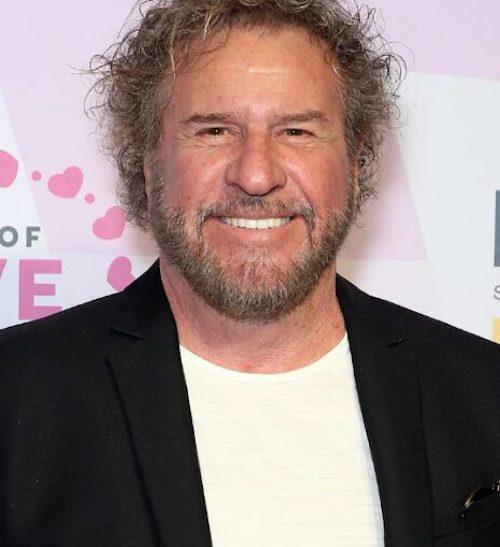 Sammy Hagar spoke with interviewer Kyle Meredith, Sammy Hagar about the status of the unreleased Van Halen ballad called Between Us Two which was originally recorded for the soundtrack to the 1996 blockbuster Twister. Hagar said (per  blabbermouth.net), “Everyone keeps asking me if there’s any old songs that never got released, and I always say, ‘Not really. There was a couple.’ But I didn’t remember — two or three. Between Us Two, that’s a midtempo ballad. That’s like a Be Still  kind of a song, from my new album [Crazy Times’ by Sammy Hagar & The Circle]. If somebody said, ‘How was it?’ It was more like a Be Still. It was kind of almost country — not country, but… I don’t know. It was kind of like ,Can’t Stop Lovin’ You, [but] not as uptempo.”

He added that Between Us Two is completed and available to release. “We’ve got it. It’s done,” he said. “It’s in the archives. They’ll find it. They’re looking through the archives right now to try to remaster some of the old stuff from my era [with Van Halen]. And they’ll find it. That’s gonna be a treasure.”