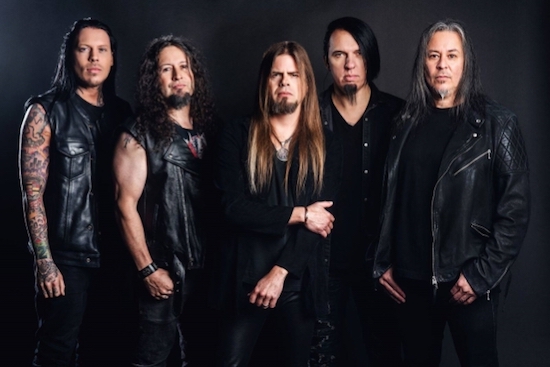 Queensrÿche has released a lyric video for the song, Bent, from their album, The Verdict, which was released in March. Listen below.

Singer Todd La Torre comments, “Bent is a lyrical conglomerate of social injustices and societal struggles infused with progressive musicality. Snippets of thought-provoking subject matter take you on a journey of uptempo hard rock/metal riffs with melancholic melodies and atmospheres.”

To listen to other songs from this release, click on the highlighted song titles:

For the past two years, drummer Scott Rockenfield has been taking time off from the band. Filling in for him is former Kamelot drummer Casey Grillo.

However in an February interview, La Torre said that Rockenfield, “may not ever come back to the band.