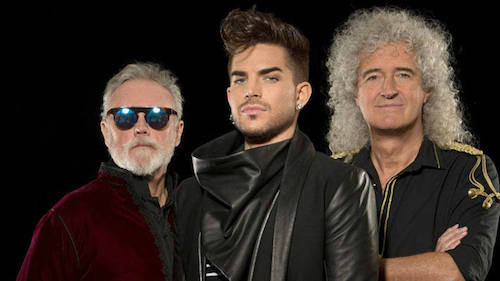 Back by popular demand, Queen + Adam Lambert will rock North America this summer with a highly-anticipated 25-city arena tour kicking off June 23rd in Phoenix, Arizona at Gila River Arena, followed shortly after with a stops at Prudential center on July 26th and Barclays Center on July 28th.

After wildly successful and sold out tours throughout Europe, Asia, Australia, Latin and North America, Brian May, Roger Taylor + Adam Lambert will debut a brand new show specially designed and created for this outing, bringing fans all their favorite Queen hits, like Another One Bites the Dust, Bohemian Rhapsody, We Will Rock You, We Are The Champions. The high-energy concert will bring their history alive in all its passion and glory, with stops in Los Angeles, New York, Chicago, Boston, Philadelphia and more, before wrapping on August 5th in Houston, TX at the Toyota Center. The tour is presented by Live Nation.

Since their first meeting on the final of American Idol in May 2009, Queen + Adam Lambert’s magical combination has been recognized worldwide with sold out shows in every part of the world.

‹ ON ITS 30 ANNIVERSARY, THE METAL GOD REFLECTS ON “TURBO” AND DISCUSSES JUDAS PRIEST’S NEW ALBUM